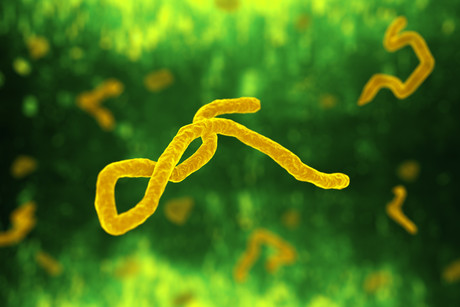 Mologic will apply ultrasensitive lateral flow technology developed at the company’s Centre for Advanced Rapid Diagnostics to lead product development and manufacture, with the Institut Pasteur de Dakar leading validation of the test in collaboration with the Institut National de Recherche Biomédicale (INRB) in Kinshasa. The test will be manufactured both in the UK and in Senegal at Institut Pasteur de Dakar’s new diaTropix facility. The project is supported by the Wellcome Trust and the UK Government’s Department for International Development (DFID) through their joint call to advance epidemic preparedness.

The early detection of a confirmed Ebola case is a major challenge and bottleneck in initiating an effective public health response, preventing the disease’s spread to urban centres in the Democratic Republic of Congo (DRC) and internationally. In addition, Ebola has overlapping symptoms with other endemic diseases, making an accurate diagnosis even more challenging. By developing a simple test deployed at the point of need, the project aims to overcome the obstacles in case identification, logistics and sample transportation to a central qualified lab, with the potential to improve response times and control of the epidemic through time-critical contact tracing, community engagement, immunisation, and safe and dignified burial.

Six mouse-derived monoclonal antibodies to the GP of the Ebola virus have been developed by BIOASTER, with their clinical evaluation demonstrating high performance with human infected samples. Mologic and Institut Pasteur de Dakar staff are currently validating three prototypes, prior to initiating a trial in the DRC with INRB in March.

“Following the mobile ‘lab in a suitcase’ development that fostered rapid and decentralised Ebola testing in Guinea, this project will provide a breakthrough in the ecosystem of rapid diagnostic discovery, development and delivery, not only for Ebola but for epidemic diseases in general,” said Dr Amadou Sall, Director of Institut Pasteur de Dakar. “In an era of regular emergencies caused by pathogens, our partnership will strengthen the capability of local communities who are first detectors and responders to any outbreak.”