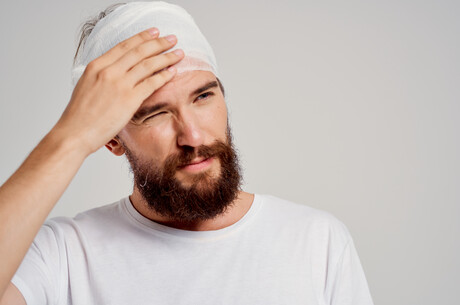 Doctors may be able to more accurately diagnose concussions by measuring mRNA in a person’s saliva, according to a study conducted by Penn State College of Medicine. The results of the study, published in the journal Clinical and Translational Medicine, indicate that a patient’s spit may be used to aid concussion diagnosis in a non-invasive, non-biased fashion.

Concussions occur as a result of physical injury to the head and may result in short-lived symptoms including headaches, dizziness and confusion. Physicians currently use symptom scales and neurocognitive tests to assess patients and diagnose concussions. Researchers say these methods may not be reliable because they can be subject to patient and physician bias; for example, athletes may underreport a symptom’s severity to return to the field.

MicroRNA molecules meanwhile play an important role in cellular processes and exist in high amounts in the brain. The investigators hypothesised that, due to the presence of cranial nerves in the mouth, altered microRNA levels could indicate whether a patient is experiencing a concussion.

“Current methods rely on accurate symptom reporting and honest performance on neurocognitive testing,” said Dr Steve Hicks, principal investigator of the study. “Analysing microRNA profiles in saliva following a head trauma is a non-invasive way to test for concussion that can’t be influenced by a patient’s feelings or motives.”

To develop the diagnostic approach, researchers recruited 538 participants across 11 clinical sites. Approximately half the participants had a concussion reported within two weeks of starting the study; the other half of participants did not, but had conditions that might mimic concussion symptoms including anxiety, depression, attention-deficit hyperactivity disorder, exercise-related fatigue or chronic headaches.

The researchers used RNA sequencing to evaluate saliva samples from half of the participants, then used statistical modelling and machine learning to identify noticeable differences between the RNA profiles of participants with concussions and those without. Once they knew what RNA changes to look for, they tested more than 200 additional participants and were able to successfully identify which patients had concussions. The accuracy of the saliva approach performed favourably when compared with currently available tests involving balance and reaction time.

“This method has lots of promising applications,” Dr Hicks said. “A rapid, reliable diagnostic means that early, appropriate action can be taken to alleviate the symptoms of patients with concussions.”

Dr Hicks said the work expands upon a smaller pilot study that showed microRNA could be used to predict the duration of concussion symptoms; further effort is now needed to develop the test into a portable technology that can be used field-side by athletic trainers immediately after an injury occurs, by emergency responders at the scene of an accident or by army medics on a battlefield. He is working with Quadrant Biosciences, who recently received a grant to do a larger clinical study to validate the method and further develop the technology.