Researchers from the University of Tokyo have succeeded in viewing previously inaccessible details of certain chemical processes, showing there are significant discrete stages to these processes which build on our knowledge of chemical synthesis. Their work has been described in the journal Nature Communications.

Project Professor Eiichi Nakamura Nakamura and his team from the university’s Department of Chemistry wish to master control of various chemical processes responsible for material synthesis. However, chemical synthesis is a complicated thing to study.

“Conventional analytical methods such as spectroscopy and crystallography give us useful information about the outcomes of processes, but only hints about what takes place during them,” explained Koji Harano, project associate professor in the Nakamura group. “For example, we are interested in metal-organic framework (MOF) crystals. Most studies look at the growth of these but miss the early stage of nucleation, as it is difficult to observe.”

The transient stages of complex chemical reactions are difficult to study as there are multiple intermediate processes that occur between the start and end of most reactions. In principle the individual stages could be seen, but in reality it was impossible to isolate the products at each stage and to see how these changed with time. Nakamura, Harano and team spent over 10 years on this problem and have developed a method called molecular electron microscopy.

“It was a problem of two parts,” Harano said. “On the large scale, there was an engineering challenge to combine a uniquely high-resolution electron microscope with a fast and sensitive imaging sensor for continuous video imaging; while on the small scale, we had to devise a way to capture the molecules of interest and hold them in place so the camera could catch the action.”

To isolate and secure particular molecules, the team used a specially modified carbon nanotube. This would snag a passing molecule and hold it in place, but would not interfere with the reactions of that molecule. This way every stage of the reaction would take place at the tip of the nanotube, which in turn was held in place at the focal point of the electron microscope. The resulting data can be made into real-time videos of the reactions. 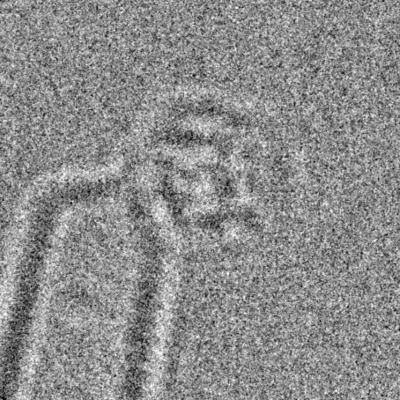 “What surprised us much in the beginning was that our plan actually worked,” Harano said. “It was a complex challenge but we first visualised these molecular videos in 2013. Between then and now, we worked to turn the concept into a useful tool. Our first success has been to visualise and describe a cube-shaped molecule, which is a crucial intermediate form that occurs during MOF synthesis. It took a year to convince our reviewers what we found is real.”

It’s important to observe details of reactions as they progress, the researchers explained, so they can effectively be reverse-engineered. These details could aid in the development of methods to synthesise chemicals with greater control and precision than ever before, which could be useful in materials science, drug development and more.