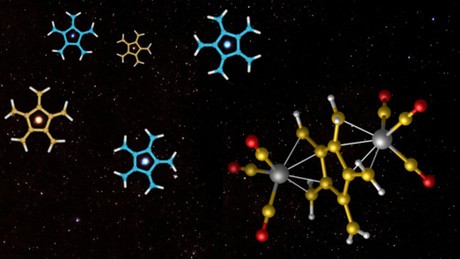 Chemists from The Australian National University (ANU) have created a star-shape molecule, previously thought to be too unstable to be made, in work which could lead to more efficient ways to make medicinal agents.

The chemical industry worldwide is worth nearly $1 trillion, making everything from cosmetics to cancer drugs. The vast majority of these substances contain rings like radialenes — hyper-reactive molecules which “form more stable substances very quickly", according to lead researcher Professor Michael Sherburn.

“Their reactions are some of the most powerful chemical transformations known," Professor Sherburn continued.

With the help of computations carried out on the Raijin supercomputer by Professor Michael Paddon-Row from UNSW, Professor Sherburn set out to try to create the elusive five-pronged molecule [5]radialene. It took him nearly two years, and three generations of PhD students, to do so.

“Because the structure [5]radialene had never been seen in nature, we had to come up with a really creative method, something new and special," Professor Sherburn said.

“The compound is 10,000 times less stable than the others in the star-shaped radialene molecule family, which are themselves notoriously unstable. A previous research group describes spontaneous combustion of [6]radialene in air."

Writing in the Journal of the American Chemical Society, Professor Sherburn and his team explain how they prepared the molecule as a crystalline metal complex, which is stable because the metal shields the molecule from reaction. It also let the students use an X-ray technique to confirm their structure was correct. With the metal taken away, [5]radialene lives for only minutes — even in very dilute solution at low temperature.

“It was quite a day when the PhD students brought the X-ray crystal structure to me," Professor Sherburn said.