Determining the structure of complex molecules in medicines 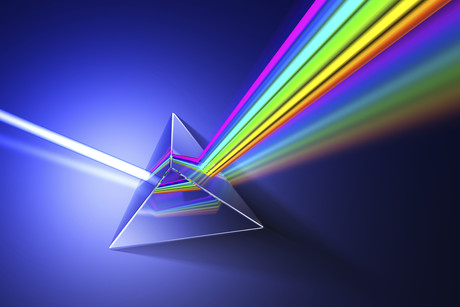 Spectroscopy based on vibrational circular dichroism (VCD) can significantly improve the practical determination of the structure of chiral molecules — now, researchers at the University of Amsterdam have improved VCD so that a single measurement suffices to determine the absolute configuration of many-centre chiral molecules that are often used as active ingredients in medicines. The same VCD measurement also provides insight into contamination levels and is therefore at the same time suitable for quality control in pharmaceutical production.

The team’s study, published in the journal Analytica Chimica Acta, was based around analysis of dydrogesterone — a widely used hormonal medicine for menstrual complaints, menopausal symptoms and reduced fertility. Dydrogesterone is one of the 64 spatial structures of a complex molecule with six so-called chiral centres. This means that with six of its 21 carbon atoms, a different arrangement of the neighbouring atoms induces a different spatial form of the molecule. The natural spatial variant of the molecule is the sex hormone progesterone, which is produced by women at certain stages of the menstrual cycle and during pregnancy.

Dydrogesterone is the synthetic, pharmacological variant, which is slightly stiffer and more curved and therefore shows a more specific interaction with the progesterone receptor. Another variant is 6-dehydroprogesterone, a well-known by-product of dydrogesterone synthesis with a greatly reduced biological activity.

No matter how biologically different they are, from an analytical chemical point of view all these variants can hardly be distinguished. However, they do show different interactions with light — that’s why they are referred to as optical isomers. By using circularly polarised light, VCD can distinguish between all those different spatial variants; however, with complex molecules, the analysis of experimental VCD spectra has always been very difficult.

PhD student Mark Koenis explained that an experimental VCD spectrum is, in fact, the sum of the spectral contributions of all the molecular variants present in the sample. “To unravel that, we use computer modelling,” he said. “We calculate all individual spectra and then analyse how much each spatial variant contributes to the experimentally recorded spectrum. Until recently, this was only possible with relatively simple molecules, containing just one or two chiral centres.

“We have now been able to take that to a higher level. We use a new method to compare the calculated signals with the experimental spectra, applying a genetic algorithm based on evolutionary principles. As a result, the computer modelling now more accurately matches the experimental VCD spectrum. This means that you can analyse very complex molecules and determine precisely which variant is present and in what amount. That is what we have now demonstrated using dydrogesterone.”

Working in a team led by Professor Wybren Jan Buma, Koenis and colleagues found themselves able to clearly distinguish dydrogesterone from all other possible stereoisomers based on a single experimental VCD spectrum. Moreover, it turned out to be possible to quantify the amounts of the spatial variants present in the sample. This means that VCD can now be used in practical terms for quality control and the quantification of contaminants.

Purely based on the computer-assisted analysis, this is only possible with relatively high levels of contamination. But when detecting a contamination with a known VCD spectrum, such as the 6-dehydroprogesterone as a by-product in the synthesis of dydrogesterone, VCD can now detect contaminants around 5%.

According to Prof Buma, “There is potential for practical application of VCD, not only to characterise the stereochemistry of compounds but also for quantitative analytical use.”

Prof Buma receives support from Dr Edwin R Kellenbach, who was one of the first in the Netherlands to use VCD for the analysis of medicines. Dr Kellenbach was not involved in the current research but is enthusiastic about its implications.

“When developing and producing medicines, it is essential to know the absolute configuration of the molecules,” he said. “To be able to determine this with the currently available techniques, we need to have the substance in a crystalline form. This is time-consuming and sometimes not even possible.

“The major advantage of VCD is that it can be done much faster now and that VCD also provides information about the three-dimensional structure of molecules in solution. The Amsterdam research is truly groundbreaking because it is now possible to identify and quantify the individual components in a single experiment, without prior separation, in the production of medicines.”