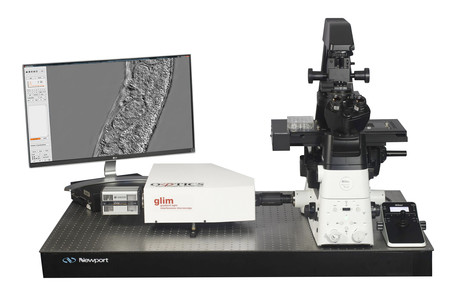 AXT, an Australian supplier of scientific equipment for sample preparation and analysis for academic and industrial applications, has been appointed as the local distributor for Phi Optics.

Champaign, Illinois-headquartered Phi Optics develops optical imaging systems — through its Quantitative Phase Imaging Platform — for life sciences, medical diagnostics, nanotechnology and semiconductor testing. Its modular solutions have been designed as simple add-ons for existing inverted light microscopes providing them with detailed analytical capabilities. The QPI systems can be used to determine a host of properties of 2D and 3D specimens such as cell mass, cell volume and surface area evolution of cells over time.

The systems are non-invasive, label-free, require no sample preparation and are suitable for imaging live cells and tissues. They allow users to perform live studies that vary in time from milliseconds to weeks so you can observe the behaviour of your specimens as a direct response to drugs or other stimuli over time.

The Phi Optics QPI systems attach to existing inverted light microscopes using the C-mount. As they use the same camera to acquire all data, they also offer seamless overlay with other microscopy channels such as fluorescence. This allows users to obtain a detailed understanding of their specimen’s behaviour at a sub-cellular level.

The company offers two wide field imaging systems: GLIM — Gradient Light Interference Microscopy and SLIM — Spatial Light Interference Microscopy. Both exploit phase shifts of the light passing through specimens, which is influenced by changes in optical density of different cellular components and structures. While both systems provide detailed analysis of cells, cell colonies or even tissues, GLIM also offers the ability to work with sample over 350 µm thick, which is of specific interest to researchers in areas such as embryology, spheroids and 3D cell cultures.