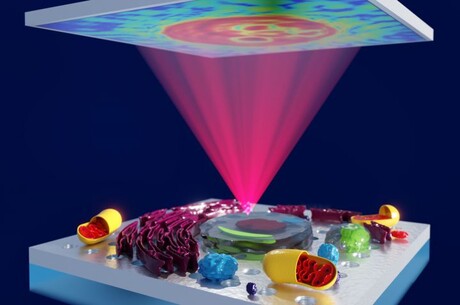 Researchers at La Trobe University have led a four-year collaboration to enhance the sensitivity of phase-contrast microscopy — an imaging technique commonly used by scientists to study biological specimens. The results of their work, published in the journal Nature Photonics, are set to benefit a broad range of researchers, with the potential to advance research into the understanding and detection of disease.

Phase-contrast microscopy, an optical technique that can be utilised to produce high-contrast images of transparent specimens, was first invented in 1934 by Nobel Prize-winning physicist Frits Zernike. As explained by project leader Professor Brian Abbey, “This technique allows scientists to examine cells in their natural state without previously being stained or labelled. As a result, their structure and function — and perhaps even their dynamics — can be better understood.”

By using custom-designed nanomaterials to enhance the sensitivity of phase-contrast microscopy, Prof Abbey and his team have now made it possible to detect minute changes in the composition or structure of transparent or nano-thin objects such as cells and tissues, enabling their key features and structures to be visible when put under a microscope.

“We now have the tools to manipulate matter at the nanoscale,” Prof Abbey said. “Our custom-designed nanomaterials have enabled us to achieve a huge leap forward in terms of image quality and contrast, building on the groundbreaking phase work of Zernike in the 1930s.

“It has allowed our teams to delve deeper into the identification of early destructive processes in neurodegenerative diseases, such as multiple sclerosis.” 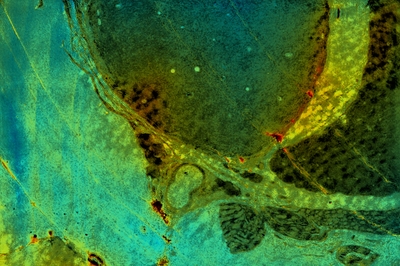 Section of optic nerve taken from a transgenic mouse. These samples are being studied in order to aid our understanding of the early signs of neurodegenerative disease. Image credit: La Trobe University.

La Trobe neuroscientist and study co-author Dr Jacqueline Orian said the research team is working to translate the study to ensure the new microscopy technique can be utilised by scientists worldwide. “A major application of the technique would be in the evaluation of candidate drugs for promotion of repair to nerves and their protective casings known as myelin,” Dr Orian said.

Dr Nicholas Anthony, study co-author from the Istituto Italiano di Tecnologia (IIT), added, “The technique the team developed enables us to perform label-free imaging of cellular structures with exceptional contrast and in their natural state. Coupling nanotechnology with phase-contrast microscopy lays the foundation for entirely new fields of research and represents a significant leap forward for the life sciences.”

Scientists are using graphene to keep living, wet cells viable in an ultrahigh-vacuum...