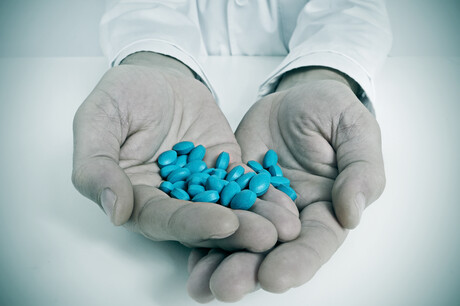 Sulfonamides are used in many drugs (including antibiotics and Viagra) as well as in agrochemicals and dyes, which makes them an important class of molecules for the pharmaceutical and chemical industries. While to date it has been necessary to use corrosive chemicals, high temperatures and expensive metal catalysts to produce sulfonamides, the new method requires only cheap starting materials, an electrical current and largely safe solvents. The researchers reported their findings in the journal Angewandte Chemie International Edition.

“The conventional procedure requires three reaction stages, with each stage driving up manufacturing costs by a factor of two to five,” said Professor Siegfried Waldvogel, Head of the JGU research team and one of the world's leading scientists working in the field of electrosynthesis. “With the new method, just one reaction stage is needed. That makes it readily scalable and it can thus be applied on a technical scale.”

The starting materials for the new reaction are molecules in the substance classes amines and aromatics as well as the pollutant sulfur dioxide, which is a waste product of many industrial processes. In effect, the new method makes it possible to convert this unwanted material into valuable products: the amines react with the sulfur dioxide in solution, producing amidosulfinate as an intermediate product.

This makes oxygen and sulfur available to react with the aromatic molecules that have already been oxidised using an electrical current. However, it is necessary to prevent the bond formation of the oxygen during this process.

“We do this by using a suitable solvent — and that is the really clever bit,” Prof Waldvogel said. The solvent forms strong hydrogen bonds with the oxygen atoms, thereby rendering them inactive — and clearing the way for the formation of the desired sulfur–carbon bonds. After the reaction, the solvent can be redistilled and used again.

“Our technique of electrochemical production of sulfonamides represents a completely new approach in chemistry that can now be applied to a number of other reactions,” Prof Waldvogel said. “In a sense, we opened a door and found a variety of new possibilities.”