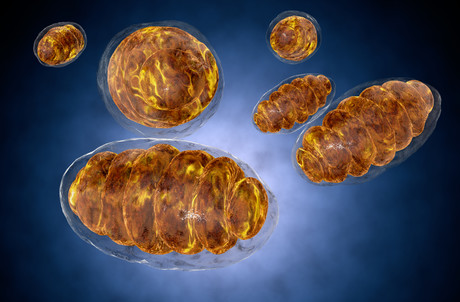 Mitochondrial disease is a serious and potentially fatal genetic disorder that starves the body’s major organs of energy. Depending on which parts of their bodies are most affected and to what extent, patients can lose their sight or hearing; be unable to walk, eat or talk normally; have strokes or seizures; develop liver disease or diabetes; suffer cardiac, respiratory or digestive problems; or experience developmental delays or intellectual disability.

In cases of mitochondrial donation, nuclear DNA from the mother and father contributes more than 20,000 genes or 99.9% of the baby’s genetic make-up — determining its appearance, intelligence, behaviour and other personal characteristics. The 0.1% contribution (37 genes) from the donor egg means the resulting baby’s cells can effectively convert food and oxygen into the energy needed to power its organs.

The UK was the first and so far only country to make legislative changes to allow mitochondrial donation back in 2015, following 10 years of scientific research, ethical review and consultation. These were endorsed in 2016 by the Human Fertilisation and Embryology Authority, and the first clinic and patient licences were issued in 2017.

“At least 60 Australian babies each year could be prevented from suffering severely disabling and potentially fatal forms of mitochondrial disease if mitochondrial donation was available here,” Dr Lingard said.

“In the AMDF’s experience engaging with the Australian public, politicians and other stakeholders, including a Citizens’ Jury in 2017, mitochondrial donation receives overwhelming support when people understand the procedure and its ramifications.”

Dr Lingard said the Senate committee “clearly recognises that the UK’s strict regulatory system for mitochondrial donation provides a sound basis for Australia, with only minor changes likely to be required to reflect our local context”.

“We stand ready to help in the public consultation process and urge the Australian Government to seek the advice of the National Health and Medical Research Council as soon as possible.”

Professor David Thorburn, Group Leader of Mitchondrial Research at the Murdoch Childrens Research Institute, was similarly keen to see that the committee’s recommendations are swiftly acted upon, recalling his own experience running the main Australian lab involved in diagnosis of children with mitochondrial energy generation disorders.

“I have … helped to diagnose more than 600 affected children,” he said. “Most of these children have died before five years of age as we continue to lack effective treatments. Mitochondrial DNA disorders can also cause severe adult-onset disease.

“The unique genetics of mitochondrial DNA means that regular reproductive options for having a healthy child, such as prenatal diagnosis and preimplantation genetic diagnosis, are not suitable for most women at risk of having a child with mitochondrial DNA disease.

“The Senate committee report on mitochondrial donation is a major step forward in allowing families affected by devastating mitochondrial DNA disorders to be able to have a healthy child in subsequent pregnancies.”

“Safety aspects are carefully weighed up,” she said. “It grasps that this is a specialist technology, likely to be used by a small number of couples at risk of passing on mitochondrial disease to their children.

“Interestingly, the report recommends the government talks with United Kingdom authorities to see whether Australians could access mitochondrial donation there, where it is legal under licence. While it is unusual for a government to suggest this kind of cross-border reproductive care, this will help ensure that Australians don’t seek mitochondrial donation in unregulated countries.”

But not everyone is convinced, with Professor Justin St John from the Mitochondrial Genetics Group at the Hudson Institute of Medical Research saying there is “still some work that needs to be undertaken to determine if the technology is safe”, as well as “room for improvement in the technology that would reduce some of the potential risks”.

“One of the risks is associated with the ‘carryover’ of some mutated mitochondrial DNA as the technology is performed,” Professor St John explained. “Another risk relates to identifying suitable ‘matched’ donor eggs, as we need to understand how eggs from a different genetic background affect the outcome.

“I urge some caution and hope that further scientific investigation can proceed so that we can help affected couples to give them greater reassurance with respect to the available technology.”

Professor Madeleine Beekman from the University of Sydney expanded on the potential risks of mitochondrial replacement therapy (MRT), noting that multiple studies have shown that MRT results in heteroplasmy — the presence of more than one mitochondrial lineage.

“While heteroplasmy itself can be detrimental to an organism, the specific danger here is that the original mitochondrial lineage (eg, originating from the mother) appears to increase in frequency at the expense of the mitochondria from the donor,” she said. “Not only does this suggest that the original mtDNA has a within-cell replicative advantage despite its detrimental effect on the host, it also defeats the purpose of MRT.

“While society appears to be ready to create humans via MRT, we simply lack the understanding to predict the success and foresee the potential consequences of this new technique. We urgently need to understand how selection acts on mitochondria.”

According to Professor Simon Easteal from The Australian National University (ANU), an important issue is genetic variation in the selection of the donors.

With major audits conducted in laboratories every two to four years, assessors are tasked with...