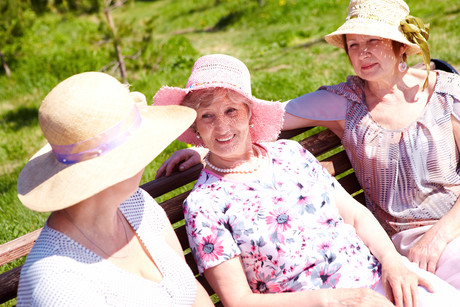 In mouse models of Alzheimer’s disease, the investigational drug candidates known as CMS121 and J147 improve memory and slow the degeneration of brain cells. Now, researchers at the Salk Institute for Biological Studies have shown how these compounds can also slow ageing in healthy older mice, blocking the damage to brain cells that normally occurs during ageing and restoring the levels of specific molecules to those seen in younger brains.

Old age is the biggest risk factor for Alzheimer’s disease — above the age of 65, a person’s risk of developing the disease doubles about every five years. However, at a molecular level, scientists aren’t sure what occurs in the brain with ageing that contributes to Alzheimer’s.

Salk scientists Pamela Maher and David Schubert had previously developed CMS121 and J147, variants of plant compounds with medicinal properties. Both compounds tested positive for their ability to keep neurons alive when exposed to cellular forms of stress related to ageing and Alzheimer’s disease.

Since then, the researchers have used the drug candidates to treat Alzheimer’s in animal models of the disease. But experiments revealing exactly how the compounds work suggested that they were targeting molecular pathways also known to be important in longevity and ageing.

In their new research, published in the journal eLife, Maher, Currais and their colleagues turned to a strain of mice that ages unusually fast. A subset of these mice was given CMS121 or J147 beginning at nine months old — the equivalent of late middle age in humans. After four months, the team tested the memory and behaviour of the animals and analysed genetic and molecular markers in their brains.

Not only did the animals given either of the drug candidates perform better on memory tests than mice that hadn’t received any treatment, but their brains showed differences at the cellular and molecular levels. In particular, expression of genes associated with the cell’s energy-generating structures called mitochondria was preserved by CMS121 and J147 with ageing.

“This study further validated these two compounds not only as Alzheimer’s drug candidates but also as potentially more widely useful for their anti-ageing effects,” Maher said.

“The bottom line was that these two compounds prevent molecular changes that are associated with ageing.”

More detailed experiments showed that both drugs affected mitochondria by increasing levels of the chemical acetyl-coenzyme A (acetyl-coA). In isolated brain cells, when the researchers blocked an enzyme that normally breaks down acetyl-CoA, or when they added extra amounts of an acetyl-coA precursor, they saw the same beneficial effect on mitochondria and energy generation. The brain cells became protected against the normal molecular changes associated with ageing.

“There was already some data from human studies that the function of mitochondria is negatively impacted in ageing and that it’s worse in the context of Alzheimer’s,” Maher said. “This helps solidify that link.”

The research thus suggests that the drug candidates may be useful for treating a broader array of conditions and points out a new pathway that links normal ageing to Alzheimer’s disease. Maher and Currais are now planning future experiments to test the effects of CMS121 and J147 on how other organs age, and also hope to use the new results to inform the development of new Alzheimer’s drugs; targeting other molecules in the acetyl-coA pathway may help treat the disease, they hypothesise.

“We are now using a variety of animal models to investigate how this neuroprotective pathway regulates specific molecular aspects of mitochondrial biology, and their effects on ageing and Alzheimer’s,” Currais said.