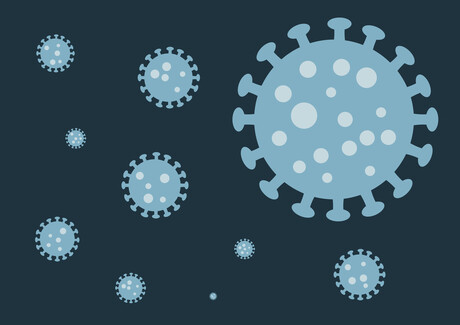 Researchers from The University of Hong Kong have reported a case of COVID-19 reinfection in a 33-year-old man, in news that scientists have broadly deemed disappointing but not surprising. The team’s research has been accepted for publication in the journal Clinical Infectious Diseases.

The researchers open their paper by acknowledging that neutralising antibodies develop rapidly after COVID-19 infection, but note recent studies which show that antibody titres start to decline as early as 1–2 months after the acute infection. They also note instances of patients who have tested negative and been discharged from hospitals, only to test positive again later. However, in these instances the culprit has likely been prolonged viral shedding at low levels, rather than true reinfection.

Circumstances were quite different for the subject of the new study — a 33-year-old Hong Kong man — the researchers said. During his first case of COVID-19, he presented with cough and sputum, sore throat, fever and headache for three days. The diagnosis was confirmed on 26 March by a positive RT-PCR test and he was hospitalised three days later, by which point all his symptoms had subsided. The patient was discharged on 14 April after two negative RT-PCR tests taken 24 hours apart.

On 15 August, the man was returning to Hong Kong from Spain via the UK and was screened at Hong Kong airport. He tested positive and was hospitalised again, despite having no symptoms or physical abnormalities — apart from slightly elevated levels of C-reactive protein (which declined during hospitalisation) and hypokalemia (low potassium levels). He did, however, have a relatively high viral load which gradually declined, making it unlikely that this was just a case of prolonged viral shedding — particularly given that viral RNA is undetectable one month after symptom onset for most patients.

Whole genome analysis revealed 24 nucleotide differences between the man’s first and second strains of SARS-CoV-2 infection, suggesting that the virus strain detected in the second episode was completely different from the strain found in the first episode. The first viral genome was most closely related to strains from the USA or England collected in March and April, while the second was most closely related to strains from Switzerland and England collected in July and August.

According to the researchers, the confirmation of reinfection means it is unlikely that herd immunity can eliminate SARS-CoV-2, although it is possible that subsequent infections may be milder than the first as for this patient — likely due to the priming of the patient’s adaptive immunity during the first infection. This means COVID-19 may continue to circulate in the human population, as in the case of other human coronaviruses, and could join other ‘seasonal’ coronaviruses where reinfection is common — even if patients have acquired immunity via natural infection or via vaccination. Indeed, the researchers warn that vaccines may not be able to provide lifelong protection against COVID-19, and that vaccine studies should include patients who have recovered.

Australian scientists say the relatively short timeframe between the two infections is somewhat disappointing, but that otherwise the news is not unexpected. For example, Dr Larisa Labzin from the Institute for Molecular Bioscience at The University of Queensland said the lack of symptoms the second time around was “how we expect immunity to work: even if we can get reinfected, our immune system is able to respond quickly enough because of its existing antibodies and T cells so that we don’t get sick”.

“More widespread studies are needed to establish how common this reinfection is and how it affects people of different age groups and risk factors,” Dr Labzin added.

Professor Nigel McMillan, Director of Infectious Diseases and Immunology at Menzies Health Institute Queensland, Griffith University, noted that the reinfection was in line with recent work which shows the antibody levels of former COVID-19 patients start to fall soon after recovery, with 20% of people infected having baseline antibody levels after two months. “This is how our normal common cold coronavirus strain behaves and is why we are continually infected with them year after year,” Prof McMillan said.

“These two findings mean that any country who is relying on natural herd immunity as a way to deal with COVID-19 is on the wrong path, as this will not be effective. Going forward, what we need to know is how long T cell immunity lasts in naturally infected people and more importantly how long vaccine responses last, as this will determine how often we need to be vaccinated.”

Dr Mainthan Palendira, Head of the Human Viral and Cancer Immunology Laboratory at the Centenary Institute, added that the subject of the study actually had no detectable antibody responses after the first infection (though this does not discount the presence of antibodies entirely), but that a boosting of antibody response was seen after the second infection.

“This tells us that immunity can be enhanced by reinfection and that could potentially mitigate the severity of the disease when we get it the second time,” Dr Palendira said. “This is good news for vaccine development and this is what we would expect vaccines to do.”