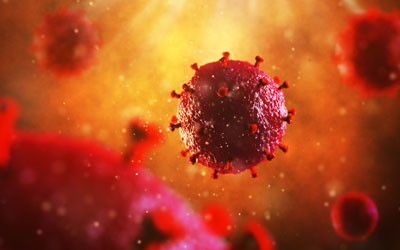 Using a combination of long-acting drug treatment and gene editing, US researchers claim to have eliminated replication-competent HIV-1 DNA — the virus responsible for AIDS — from the genomes of living animals, marking a critical step towards the development of a possible cure for human HIV infection.

According to UNAIDS, it is estimated that more than 36.7 million people worldwide are infected with the human immunodeficiency virus type one (HIV-1), with more than 5000 individuals newly infected each day. Australia stands out as something of a world leader in HIV prevention, last year recording only 835 HIV diagnoses across the country — a decline of 23% over five years and its lowest number since 2001 — but this is largely due to reductions in the number of HIV diagnoses that are attributable to sex between men, with no declines among heterosexual, Aboriginal or Torres Strait Islander populations. Further work on both prevention and treatment is therefore required.

Current HIV treatment centres on the use of antiretroviral therapy (ART), which restricts viral infection by stalling various steps of the viral life cycle. By suppressing HIV replication down to undetectable levels, the virus becomes untransmissable in the affected person — however, ART fails to eliminate integrated copies of HIV-1 proviral DNA from the host genome, with the virus persisting in tissues including the gut, lymph nodes, brain and spleen, amongst other sites.

Furthermore, the therapy requires lifelong use in order to remain effective; indeed, if ART is stopped, HIV rebounds, renewing replication and fuelling the development of acquired immunodeficiency syndrome (AIDS) — a result of HIV’s ability to integrate its DNA sequence into the genomes of cells in the immune system, where it lies dormant and beyond the reach of antiretroviral drugs. Thus, a major issue for any HIV-1 curative strategy is the means to eliminate either integrated proviral DNA or the cells that harbour the virus without collateral cytotoxic reactions.

Now, researchers at the University of Nebraska Medical Center (UNMC) and the Lewis Katz School of Medicine (LKSOM) at Temple University — both of whom have been working on their own treatments for HIV — have pooled their resources in the hope of finally developing a cure. Senior investigators on the study were Dr Howard Gendelman from UNMC and Dr Kamel Khalili from LKSOM, and their work has been published in the journal Nature Communications.

Dr Howard Gendelman and his team.

This long-lasting medication was made possible through pharmacological changes in the chemical structure of antiretroviral drugs. The modified drug was packaged into nanocrystals, which readily distribute to tissues where HIV is likely to be lying dormant. From there, the nanocrystals, stored within cells for weeks, slowly release the drug and stop its ongoing replication.

Dr Khalili’s team, meanwhile, has previously used CRISPR-Cas9 technology to develop a novel gene editing and gene therapy delivery system aimed at removing HIV DNA from genomes harbouring the virus. In rats and mice, they showed that the gene editing system could effectively excise large fragments of integrated HIV-1 proviral DNA from the host genome, significantly impacting viral gene expression. Similar to ART, however, gene editing cannot completely eliminate HIV on its own — so the researchers decided to see what happened when they combined the system with LASER ART.

The researchers tested their idea in mice that had been engineered to produce human T cells susceptible to HIV infection, permitting long-term viral infection and ART-induced latency. Once infection was established, mice were treated with LASER ART and subsequently with CRISPR-Cas9. At the end of the treatment period, the mice were examined for viral load.

After three independent sets of studies, and several weeks following each treatment period, HIV DNA and RNA were found to be completely eliminated in about one-third of the mice, as indicated by qPCR, ddPCR and sequencing results. By contrast, HIV rebound was readily detected in 100% of mice that had received either treatment separately.

“The big message of this work is that it takes both CRISPR-Cas9 and virus suppression through a method such as LASER ART, administered together, to produce a cure for HIV infection,” Drs Gendelman and Khalili said in a shared statement.

Dr Gendelman added, “This is the first time in the world that anyone, any scientist or any physician, has been able to eliminate HIV from a model system — in this case, an animal model system – of the virus.”

The study has attracted the attention of scientists the world over — including Dr Robert Gallo, who co-discovered HIV as the cause of AIDS in 1984. Dr Gallo conveyed his congratulations to the researchers, saying, “In my view, this is the most interesting and important therapy-related research advance I have seen in many, many years.”

With promising results in mice, the authors are now planning further studies to improve the delivery of agents to viral reservoirs and specifically eliminate latent viral infections. Ultimately, Drs Gendelman and Khalili appear optimistic about the future of the treatment, saying, “We now have a clear path to move ahead to trials in non-human primates and possibly clinical trials in human patients within the year.”