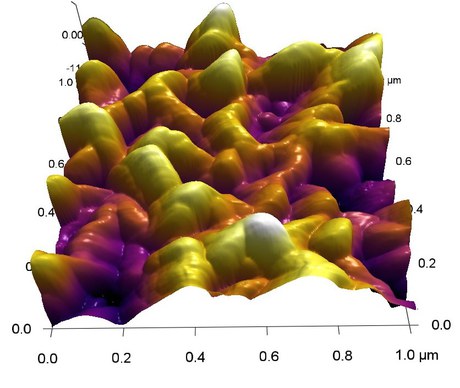 Australian and South Korean researchers have developed a method to help reduce biomedical and prosthetic device failure rates - currently sitting at 17% - by enabling Braille-like communication between medical implants and a patient’s cells. Their study has been published in the journal Advanced Functional Materials.

The researchers conducted a five-year study into ways to effectively stimulate the body’s acceptance of the biomaterials, using an ‘imprinted’ message on the surface of implantable devices such as artificial joints. The study focused on creating surfaces on biomaterials that can recruit relevant cells, in this case bone cells, and trigger optimal responses that functionally integrate the implant within the body.

“Implant rejection is due to the inability of biomaterials that are currently used to talk to the cells of nearby tissues,” said lead author Dr Wojciech Chrzanowski, from the University of Sydney Faculty of Pharmacy. In light of this, a team led by Professor Marcela Bilek, from the university’s School of Physics, created a simple, one-step process to cloak the surface of a foreign material with messenger molecules so that this surface communicates effectively with living cells.

The approach hinged on two advances, said Professor Bilek: “A smart messenger protein molecule that regulates the chain of biological events forming new bone and a novel reactive nanothin interface that anchors these molecules to the implant surface in their most active configuration.” She stated that communicating via the surface “enables the implant to become integrated with local tissues, reducing the number of rejections and dramatically improving the functionality of orthopaedic implants”.

The multifunctional surfaces are said to be “capable of regulating cell adhesion and triggering cell differentiation to facilitate osseointegration of implantable devices”, according to the researchers. The technology is now entering a preclinical phase towards commercialisation.