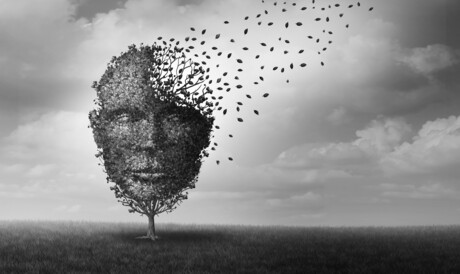 The development of dementia late in life is associated with abnormal blood levels of dozens of proteins up to five years earlier, according to a new study led by the Johns Hopkins Bloomberg School of Public Health and published in the journal Nature Aging. Most of these proteins were not known to be linked to dementia before, suggesting new targets for prevention therapies.

Alzheimer’s disease, the most common type of dementia, is an irreversible fatal condition that leads to loss of cognitive and physical function. Despite decades of intensive study, there are no treatments that can slow the disease process, let alone stop or reverse it. Scientists widely assume that the best time to treat Alzheimer’s is before dementia symptoms develop.

Efforts to gauge people’s Alzheimer’s risk before dementia arises have focused mainly on the two most obvious features of Alzheimer’s brain pathology: clumps of amyloid beta protein known as plaques and tangles of tau protein. Scientists have shown that brain imaging of plaques, and blood or cerebrospinal fluid levels of amyloid beta or tau, have some value in predicting Alzheimer’s years in advance.

But humans have tens of thousands of other distinct proteins in their cells and blood, and techniques for measuring many of these from a single, small blood sample have advanced in recent years. With this in mind, Johns Hopkins Professor Josef Coresh and colleagues decided to find if a more comprehensive analysis using such techniques would reveal other harbingers of Alzheimer’s.

The researchers’ initial analysis covered blood samples taken during 2011–13 from more than 4800 late-middle-aged participants in the Atherosclerosis Risk in Communities (ARIC) study, a large epidemiological study of heart disease-related risk factors and outcomes that has been running in four US communities since 1985. Collaborating researchers at laboratory technology company SomaLogic used a technology they recently developed, SomaScan, to record levels of nearly 5000 distinct proteins in the banked ARIC samples.

The researchers analysed the results and found 38 proteins whose abnormal levels were significantly associated with a higher risk of developing Alzheimer’s in the five years following the blood draw. They then used SomaScan to measure protein levels from more than 11,000 blood samples taken from much younger ARIC participants in 1993–95. They found that abnormal levels of 16 of the 38 previously identified proteins were associated with the development of Alzheimer’s in the nearly two decades between that blood draw and a follow-up clinical evaluation in 2011–13.

To verify these findings in a different patient population, the scientists reviewed the results of an earlier SomaScan of blood samples taken in 2002–06 during an Icelandic study. That study had assayed proteins including 13 of the 16 proteins identified in the ARIC analyses. Of those 13 proteins, six were again associated with Alzheimer’s risk over a roughly 10-year follow-up period.

SVEP1 is a protein whose normal functions remain somewhat mysterious, although in a study published earlier this year it was linked to the thickened artery condition, atherosclerosis, which underlies heart attacks and strokes. Other proteins associated with Alzheimer’s risk in the new study included several key immune proteins — which is consistent with decades of findings linking Alzheimer’s to abnormally intense immune activity in the brain.

“This is the most comprehensive analysis of its kind to date, and it sheds light on multiple biological pathways that are connected to Alzheimer’s,” Prof Coresh said. “Some of these proteins we uncovered are just indicators that disease might occur, but a subset may be causally relevant, which is exciting because it raises the possibility of targeting these proteins with future treatments.”

The researchers plan to continue using techniques like SomaScan to analyse proteins in banked blood samples from long-term studies to identify potential Alzheimer’s-triggering pathways — a potential strategy to suggest new approaches for Alzheimer’s treatments. The scientists have also been studying how protein levels in the ARIC samples are linked to other diseases such as vascular (blood vessel-related) disease in the brain, heart and the kidney.