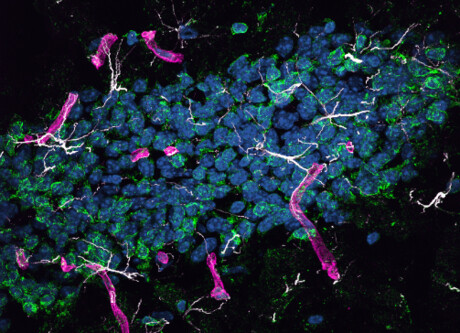 Australian researchers led by Curtin University have claimed that a probable cause of Alzheimer’s disease (AD) is the leakage from blood into the brain of fat-carrying particles transporting toxic proteins, with lead investigator Professor John Mamo saying his team had identified the probable ‘blood-to-brain pathway’ that can lead to the disease.

“While we previously knew that the hallmark feature of people living with Alzheimer’s disease was the progressive accumulation of toxic protein deposits within the brain called beta-amyloid, researchers did not know where the amyloid originated from, or why it deposited in the brain,” said Prof Mamo, Director of the Curtin Health Innovation Research Institute (CHIRI).

“Our research shows that these toxic protein deposits that form in the brains of people living with Alzheimer’s disease most likely leak into the brain from fat-carrying particles in blood, called lipoproteins.

“This blood-to-brain pathway is significant because if we can manage the levels in blood of lipoprotein-amyloid and prevent their leakage into the brain, this opens up potential new treatments to prevent Alzheimer’s disease and slow memory loss.”

Deposits of beta-amyloid in the brain are one of the pathological hallmarks of AD and are implicated in neurodegeneration in both human patients and animal models of the disease. But beta-amyloid is also present in peripheral organs, and blood levels of beta-amyloid correlate with cerebral amyloid burden and cognitive decline, raising the possibility that peripherally produced beta-amyloid may contribute to the disease. Testing that hypothesis has been difficult, since the brain also produces beta-amyloid, and distinguishing protein from the two sources is challenging.

Building on previous award-winning research that showed beta-amyloid is made outside the brain with lipoproteins, Prof Mamo’s team tested the blood-to-brain pathway by genetically engineering mouse models to produce human amyloid only in liver cells. They showed that the protein was carried in the blood by triglyceride-rich lipoproteins, just as it is in humans, and passed from the periphery into the brain.

“As we predicted, the study found that mouse models producing lipoprotein-amyloid in the liver suffered inflammation in the brain, accelerated brain cell death and memory loss,” Prof Mamo said.

The mice developed neurodegeneration and brain atrophy, which was accompanied by neurovascular inflammation and dysfunction of cerebral capillaries, both commonly observed with AD. Affected mice also performed poorly on a learning test that depends on function of the hippocampus, the brain structure that is essential for the formation of new memories. The findings, published in the journal PLOS Biology, thus indicate that peripherally derived beta-amyloid has the ability to cause neurodegeneration and suggest that beta-amyloid made in the liver is a potential contributor to human disease.

“While further studies are now needed, this finding shows the abundance of these toxic protein deposits in the blood could potentially be addressed through a person’s diet and some drugs that could specifically target lipoprotein amyloid, therefore reducing their risk or slowing the progression of Alzheimer’s disease,” he added.