Unravelling the genetics behind eating disorders 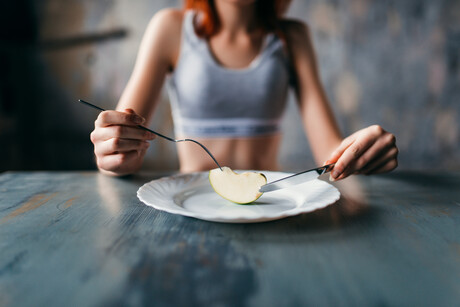 By studying the genomes of more than 20,000 individuals, an international research team is shedding light on the genetic links between eating disorders, mental illnesses and body weight regulation, with the results published in the International Journal of Eating Disorders.

Anorexia nervosa, bulimia nervosa and binge-eating disorder are the three main eating disorders that four out of 10 individuals living in Western Europe will experience at some point in their lives. In recent years, studies on the genetic basis of anorexia nervosa have highlighted the existence of predisposing genetic markers, which are shared with other psychiatric disorders. By analysing the genome of tens of thousands of British people, a team from the University of Geneva (UNIGE), the Geneva University Hospitals (HUG), King’s College London, the University College London, the University of North Carolina and the Icahn School of Medicine at Mount Sinai have built on these results by discovering similarities between the genetic bases of these various eating disorders and those of other psychiatric disorders.

“Previous studies, which highlighted a genetic association between a high risk of anorexia nervosa and a low risk of obesity, have begun to lift the veil on certain aspects of how eating disorders develop that had been mostly neglected until then,” said Nadia Micali, Professor at the Department of Psychiatry at UNIGE Faculty of Medicine and Head of the Division of Child and Adolescent Psychiatry at the HUG, who directed the study.

“However, the same work has not been done for the two other major eating disorders: bulimia nervosa and binge-eating disorder. The goal of our study was to understand similarities and differences amongst all eating disorders in the role of genes governing body weight.”

To understand the similarities and differences between the genetic patterns of anorexia nervosa, bulimia nervosa and binge-eating disorder, the research team analysed the genomes of more than 20,000 people. These were taken from two large population-based studies conducted in the UK: the UK Biobank and the Avon Longitudinal Study of Parents and Children.

“We were able to access volunteers’ DNA, their basic health data (weight, age, etc) and responses to health questionnaires, including possible psychiatric disorders and their eating disorder history,” said first author Dr Christopher Hübel, from King’s College London. “We are grateful for this access as we were able to conduct multifactorial analyses and calculate more than 250 polygenic scores for each person. Each polygenic score sums the risk genes involved in a specific trait, such as depression, for example. We calculated polygenic scores for psychiatric disorders, such as schizophrenia and obsessive-compulsive disorder, and metabolic and physical traits, including insulin sensitivity, obesity and high BMI.”

The research team then examined the associations between the polygenic scores of these volunteers (representing genetic liability to psychiatric disorders, metabolic and physical traits) and eating disorders — the higher the score, the greater the genetic risk of the disease. But while the study showed that there are great genetic similarities between anorexia nervosa, bulimia nervosa and binge-eating disorder, there are also notable differences.

“The similarities lie in the association with psychiatric risks: anorexia nervosa, bulimia nervosa and binge-eating disorder share genetic risk with certain psychiatric disorders, in particular for schizophrenia and depression, thus confirming the strong psychiatric component of these diseases,” Prof Micali said. “However, the big difference concerns the associated genetics of body weight regulation, which are opposite between anorexia on the one hand, and bulimia nervosa and binge-eating disorder on the other, the latter being linked to a high genetic risk of obesity and high BMI.”

A genetic predisposition to a heavy weight versus a light weight may constitute a determining factor that pushes individuals with similar psychiatric genetic risk to different eating disorders. As noted by Prof Micali, “The metabolic and physical component would therefore direct the individual either towards anorexia nervosa or towards bulimia nervosa or binge-eating disorder.

“Moreover, this study confirms a clear genetic relationship between binge-eating disorder and attention deficit hyperactivity disorder (ADHD), that was already clinically observed, which might be linked to greater impulsivity, which is shared by these disorders.”