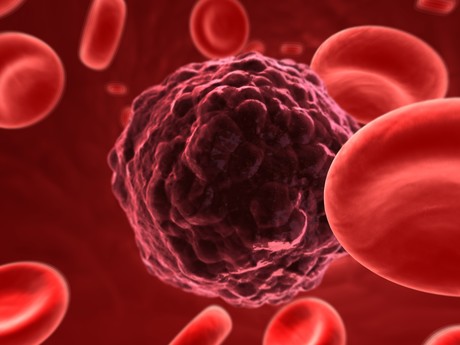 A simple arthritis drug could be an effective, low-cost solution to treat patients with blood cancers such as polycythemia vera (PV) and essential thrombocythemia (ET), according to a study led by Dr Martin Zeidler from the University of Sheffield.

PV and ET are related blood cancers that cause an overproduction of red blood cells (PV) or blood-clotting platelets (ET). Patients often suffer with itching, headaches, weight loss, fatigue and night sweats, and although current treatments are usually able to control the increased blood counts, they provide little relief from the sometimes debilitating symptoms.

Methotrexate (MTX), meanwhile, is a drug on the World Health Organization (WHO) list of essential medicines that is commonly used to treat inflammatory diseases including rheumatoid arthritis, Crohn’s disease and psoriasis, though the mechanisms by which methotrexate acts in these diseases has not previously been fully understood. However, the diseases all feature inflammatory processes driven by the JAK/STAT signalling pathway, the misregulation of which is central to their development — as well as that of myeloproliferative neoplasms (MPNs), the collective term for progressive blood cancers like ET and PV.

With the Zeidler lab having previously identified methotrexate as an inhibitor of this pathway, the researchers examined hospital records to identify existing ET and PV patients already taking the drug for other diseases. The results were published in the British Journal of Haematology.

Despite the small numbers involved and the presence of background rheumatoid arthritis, patients taking methotrexate reported significantly lower symptom scores than those who were not. An 81-year-old PV patient commented, “Methotrexate seemed to do a very nice job of controlling itching and night sweats. My subjective experience of MTX was of a PV holiday.”

Lab-based results meanwhile showed that low doses of methotrexate did indeed act as a powerful suppressor of JAK/STAT pathway activation — even in cells carrying the mutated gene responsible for MPNs in patients.

“While we still need to undertake a clinical trial to validate these findings, our results are very encouraging and suggest that a simple drug that has been used for nearly 40 years to treat arthritis can provide significant relief to blood cancer sufferers,” Dr Zeidler said.

“Patients we tested showed a pronounced improvement in symptoms, something conventional treatments have been unable to provide.

“Given the very low cost of MTX, this research could offer an effective therapy on a budget accessible to healthcare systems throughout the world — marking a potentially substantial clinical and health economic benefit.”