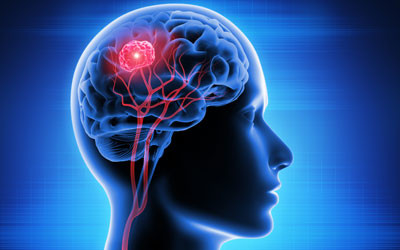 Undertaken by MGC Pharma in collaboration with Slovenia’s National Institute of Biology and University Medical Centre Ljubljana, the research indicates that there is a strong translational component of the preclinical studies that could have wider implications for the use of cannabinoid compounds for the treatment of brain and other types of cancer.

The research included testing cannabinoids preparations in compositions that can be adjusted to individual patients. In this instance it involved the testing of fresh tumour tissues, obtained from patients after therapeutic surgical removal of the tumour, to determine the optimal cannabinoid preparation for the effective treatment of the remaining cancer — either alone or in combination with the chemotherapeutic temozolomide, which is used in the patients with a certain epigenetic set-up.

The study demonstrated that selective cannabinoids preparations inhibited tumour growth in vitro and could also induce apoptosis of glioblastoma cells. Furthermore, a diagnostic platform for glioblastoma tumours has been developed to predict the response of the tumour to selective cannabinoid preparations based on their subtype, which is defined by the genetic fingerprint of the tumour.

The research team also investigated if the response depends on the variety of cannabinoid receptors expressed on the glioblastoma cells surface or not — and if so, which out of five most common receptors found in cancer cells might be of key relevance. This could potentially lead to a relatively simple diagnostic prediction process for cannabinoids’ therapeutic potential.

Glioblastoma stem cells are generally known as most critical targets to kill, as the ‘roots of the weed’. When the glioblastoma stem cells were isolated from patients’ glioblastoma, it enabled the most lethal cannabinoids combination treatment to be determined, leading to the inhabitation of tumour growth as well as potentially preventing a relapse. The results currently indicate that THC would be most efficient at inhibiting stem cell activities.

“This research is a major breakthrough for the treatment of tumours with cannabinoid-based formulations and has wider implications on different cancer treatments,” said Roby Zomer, co-founder and Managing Director of MGC Pharma. “The full research report successfully shows that compounded cannabinoid formulations can have a positive effect on the treatment of glioblastoma, reducing the growth of a tumour cell and killing the cancerous stem cells. We are now creating a cannabinoid compound matrix which we can utilise to target a wider range of cancers and significantly advance our R&D capabilities.”