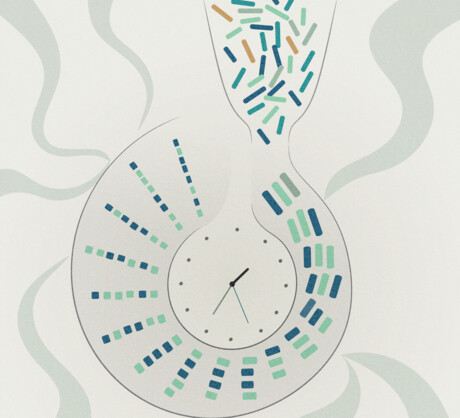 The genomes of many human populations show evidence of so-called founder events, which occur when a small number of initial members start a new population — and can lead to low genetic diversity as well as increase the risk of certain genetic diseases in the new population. That’s according to new research from the University of California, Berkeley, which has been published in the journal PLOS Genetics.

Founder events can occur when a population experiences a sharp decrease in numbers or when a few individuals colonise an isolated environment, such as an island. Despite the large impact that founder events can have on a population’s genetics, we know few details of how these events have shaped the evolution of humans and other species. To better understand these past events, researchers developed a new technique called ASCEND that uses genomic analysis to estimate the timing and strength of founder events.

The researchers applied ASCEND to analyse about 460 human populations worldwide, and found that over half of the populations that they analysed had evidence of recent founder events — including most living hunter-gatherer, nomadic and indigenous groups that were sampled. These founder events are associated with geographic isolation, a hunter-gatherer lifestyle or the cultural practice of marrying within your own group or religion.

The researchers also analysed about 200 modern dog populations and found that most populations show signs of extreme founder events. These events occurred within the last 25 generations, coinciding with the start of dog breeding during Victorian times, and may be related to inbreeding and the use of a few highly prized males to sire numerous litters.

The new analysis technique will help scientists to identify groups that experienced strong founder events and that may be at high risk of certain genetic diseases. Ashkenazi Jews and Finns, who experienced strong founder events, often undergo genetic screening to learn about their predisposition to certain genetic diseases. The study found that several populations among Native Americans, Oceanians and South Asians have experienced even more extreme founder events than Ashkenazi Jews, and so these populations may also benefit from genetic screening.

“Some human populations like Ashkenazi Jews or Finns have been extensively studied in population genetics and have helped researchers identify many disease-causing mutations; hence, we wanted to study if other populations have a similar history that could enable further progress in medical genetics,” said study co-authors Rémi Tournebize and Priya Moorjani.

“We were surprised to see how widespread the history of founder events is in humans, both in present-day and ancient DNA samples, suggesting that investigation of disease-causing variants will be fruitful to identify and reduce disease burden among contemporary groups.”

Image caption: Representation of the impact of a founder event on genetic data with an initial population made of various genomic segments that were inherited identical by descent (IBD) from a common ancestor. Following a founder event, the diversity of IBD segments is reduced and, due to recombination events, the length of these IBD segments shortens gradually. Image courtesy of Rémi Tournebize and Priya Moorjani under CC-BY 4.0