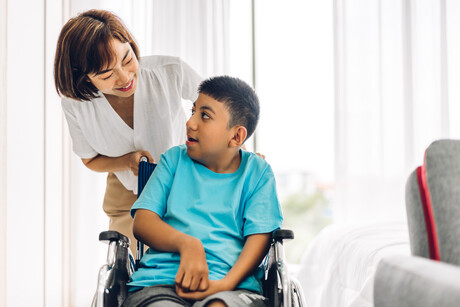 An international group of collaborators, led by researchers at the University of Pittsburgh Medical Center (UPMC) Children’s Hospital of Pittsburgh, have identified a genetic cause of a rare neurological disorder marked by developmental delay and loss of coordination (ataxia).

Writing in the journal Nature Communications, the scientists revealed that the disorder is caused by mutations in a protein called GEMIN5 — one of the key building blocks of a protein complex that controls RNA metabolism in neurons. No mutations in GEMIN5 were previously linked to any genetic disease.

“It’s just like building a house,” said senior author Associate Professor Udai Pandey, from the University of Pittsburgh School of Medicine. “You take out the most important brick at the base and the whole building falls apart.”

GEMIN5 is part of a protein complex that regulates a slew of important cellular processes, including development of specialised outgrowths from nerve cells called dendrites and axons. Interestingly, mutations in another key protein of the complex, named survival motor neuron protein, cause a different devastating disorder: spinal muscular atrophy.

To gather material for the study, Pittsburgh researchers contacted paediatricians, geneticists and neurologists from all over the globe, eventually collecting data from 30 patient families in 12 different countries. Because isolating live neurons from people wasn’t possible, the researchers collected blood samples from paediatric patients who were referred to neurogenetic clinics with undiagnosed neurological symptoms. Blood samples were then processed to isolate cells that, with careful tinkering in the lab, were reprogrammed into neurons. After comparing genetic material of reprogrammed neurons from sick children with that of unaffected relatives, scientists linked neurologic manifestations of the disease to 26 mutations in the GEMIN5 gene that cause damage to the structure of the protein.

“Children came into the clinic with non-specific symptoms, such as developmental delay and abnormal gait,” explained Dr Deepa Rajan, an assistant professor at the Pitt School of Medicine, neurologist at UPMC Children’s Hospital and co-first author on the study. “Their doctors ran all the possible tests, including assessing a child’s metabolic function, to no avail — their conditions had no easy explanation. It was not until we did an extensive genome analysis that we found that these patients had mutations in the GEMIN5 gene.

“Many genetic disorders seem individually rare, but collectively they are relatively common,” Dr Rajan added. “We now are able to harness next-generation technology to help diagnose previously undiagnosed children, and each new gene discovery is the start of the journey to understanding each of these diseases better.”

Additional experiments linked damage to GEMIN5 protein to disease manifestations more definitively. Scientists found that depleting an analog of human neuronal GEMIN5 protein in fruit flies was deadly if it happened in early stages of the fly’s life cycle, or drastically delayed its development if such disruption happened later.

“We are hopeful that, because of our study, neurologists will now consider testing for GEMIN5 mutations and that labs will include GEMIN5 in their testing for ataxic disorders,” concluded Assoc Prof Pandey. “Genetic diseases are challenging to identify and treat, but if we find a cure it will make a massive difference in someone’s life.”