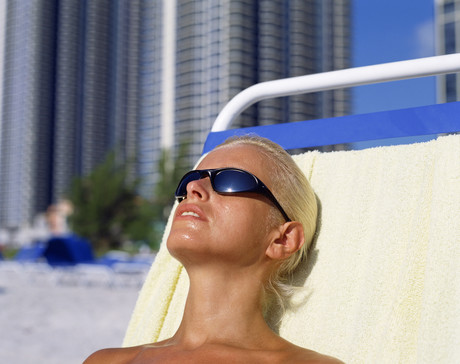 Scientists from the QIMR Berghofer Medical Research Institute have discovered 45 new genetic variants that put people at a greater risk of developing the most common form of skin cancers: basal cell carcinoma (BCC) and squamous cell carcinoma (SCC). Published in the journal Human Molecular Genetics, the research more than doubles the genetic information available on these cancers.

Collectively, BCC and SCC are known as non-melanoma skin cancers, although the term keratinocyte cancers is preferred. Due to their sheer numbers, the exact number of new cases of SCC and BCC is unknown, but the number diagnosed is more than all other cancers combined.

Associate Professor Stuart MacGregor, Head of QIMR Berghofer’s Statistical Genetics group, said the researchers examined data from 48,000 people who were treated for BCCs and/or SCCs in Australia, the UK and the US.

“We compared the genetic information of patients treated for BCCs and SCCs to that from 600,000 people without these cancers — which allowed us to identify which genes were different between the two groups,” said Assoc Prof MacGregor, who served as senior author on the study.

“We identified 45 new genes which had not previously been linked to these cancers. Most affected both BCCs and SCCs, although a few were specific to one or the other. Previously only about 40 genetic variants for these skin cancers had ever been identified.

“While solar ultraviolet radiation exposure is the biggest risk factor for developing skin cancers, this study shows there are important inherited contributions underlying BCCs and SCCs.”

Lead researcher Dr Upekha Liyanage said the discovery of new genetic variants may help to explain why some people developed these skin cancers, while others who may have similar features, such as pale skin or freckles, did not.

“On the flip side, although the study looked only at the genetic information of light-skinned people, identification of genetic markers could also explain why some people with darker skin types still get BCCs and SCCs,” Dr Liyanage said.

“Currently, there’s no genetic testing for skin cancers, but if we can get a clearer understanding of which genes are responsible and where on the DNA these genes are located, other scientists can start working on finding better treatments and preventative strategies.

“This research, which is the largest study to date into the genetic variants influencing BCCs and SCCs, is also valuable because it could be used to repurpose drugs that have already been approved for some conditions or that are under clinical trial, to speed up treatment options.”

The researchers said while the genetic discovery is a significant step in understanding these skin cancers, it is important for the community to remember that ultraviolet exposure is still the single biggest cause of skin cancers and people should continue to be sun smart by slipping on protective clothing, slopping on broad-spectrum, water-resistant sunscreen, slapping on a broad-brimmed hat, seeking shade and sliding on sunglasses.