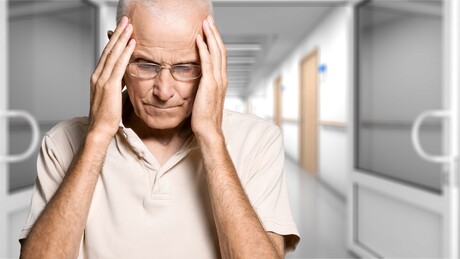 Researchers from The University of Queensland (UQ) have discovered the impact of acute stroke — one of the most common causes of hospitalisation and disability in Australia — on life expectancy, by comparing patients’ predicted life expectancy with the length of actual survival.

The researchers analysed data from more than 300,000 patients admitted to hospital following a sudden stroke between 2008 and 2017 in Australia and New Zealand, with their results published in the journal Stroke. Study leader and UQ epidemiologist Dr Yang Peng, a Research Fellow with The Prince Charles Hospital Northside Clinical Unit, said only 36.4% of patients survived beyond 10 years, and 26.8% had another stroke.

“We found that a stroke reduced a patient’s life expectancy by five and a half years on average, compared with the general population,” Peng said.

“In proportional terms, this meant a stroke reduced a person’s life expectancy by one-third.

“Patients with a haemorrhagic stroke who have bleeding in the brain are at greater risk of death, another stroke and reduced life expectancy than those with an ischemic stroke, which is caused by a burst blood vessel.”

“We need stroke networks of care to rapidly identify patients who have had a stroke, provide them with access to important and time-sensitive treatment such as thrombolysis, a clot-busting medication, and endovascular therapy, a specialised procedure to remove blood clots in the vessels to the brain,” Colebourne said.

“We also need dedicated stroke units to provide multidisciplinary care for these patients, which is known to reduce death and disability after a stroke.”

Peng said there should also be a focus on lifestyle and risk factor modifications for secondary prevention, given the number of patients who will have a recurrent stroke. The Stroke Foundation has linked risk factors such as high blood pressure, elevated cholesterol levels, diabetes, smoking and heart disease to acute stroke.

“Very few population studies have explored the long-term outcomes of stroke,” he said.

“This information is crucial for patients to understand their prognosis, and for health professionals seeking to improve stroke care and preventative measures.”