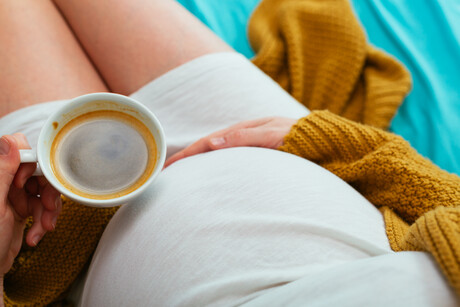 The list of products deemed safe for pregnant women may be getting longer, according to two new studies led by Australian researchers.

One of the studies, led by Curtin University and the Telethon Kids Institute, is believed to be the first comprehensive review of treatment outcomes for multidrug-resistant tuberculosis (MDR-TB) in pregnant women — one of the most vulnerable groups living with the disease globally. As noted by lead researcher Dr Kefyalew Alene, “Second-line tuberculosis medicines used for the treatment of multidrug-resistant tuberculosis are thought to be toxic for the foetus and previous research has suggested waiting for the treatment to be provided until after the birth.”

The new study examined the experiences of 275 pregnant women with MDR-TB living in South Africa, Peru, Brazil, Iran and Uganda. It found that a medication used to treat MDR-TB, Linezolid, was associated with favourable pregnancy outcomes and high treatment success — with seven out of 10 women cured of disease and delivering healthy babies — despite the medication having previously been considered unsafe in pregnancy. The results were published in JAMA Network Open.

“Tuberculosis can have a greater devastating impact on the mothers and the babies than the medicine’s side effects,” Alene said, with adverse pregnancy outcomes including preterm birth, pregnancy loss, low birthweight and stillbirth caused not by the drug, but the disease itself. The researcher thus concluded that if the drug was not taken, the outcome would be worse.

“If multidrug-resistant tuberculosis is left untreated, it could result in the risk of maternal illness and maternal and foetus death,” Alene said.

“This study shows we need to start the treatment as soon as possible during pregnancy. However, further research on the use of Linezolid in pregnancy is needed because long-term use can increase the risk of gastrointestinal disorders, ototoxicity and psychiatric disorders.”

A separate study, led by The University of Queensland (UQ), has meanwhile used genetics to analyse coffee drinking behaviour, finding that limited coffee consumption during pregnancy does not increase the risk of miscarriage, stillbirth or premature birth.

“We wanted to find out if coffee alone really does increase the risk of adverse pregnancy outcomes, and the research shows this isn’t the case.”

Study co-leader Dr Daniel Hwang said coffee drinking behaviour is partly due to genetics, with a specific set of genetic variants affecting how much coffee we drink. The researchers showed that these genetic variants not only affect coffee consumption in the general population, but also in pregnant women.

The team used a method called Mendelian randomisation, which used eight genetic variants that predicted pregnant women’s coffee drinking behaviour and examined whether these variants were also associated with birth outcomes. Because they couldn’t ask women to drink prescribed amounts of coffee during their pregnancy, they used genetic analyses to mimic a randomised control trial.

The genetic analysis found there was no greater risk of miscarriage, stillbirth or premature birth for women who drank coffee. The results were published in the International Journal of Epidemiology.

The researchers emphasised that the study only looked at certain adverse pregnancy outcomes, and that it is possible caffeine consumption could affect other important aspects of foetal development. “For that reason,” Moen said, “we don’t recommend a high intake during pregnancy, but a low or moderate consumption of coffee.”