Turmeric may have antiviral properties 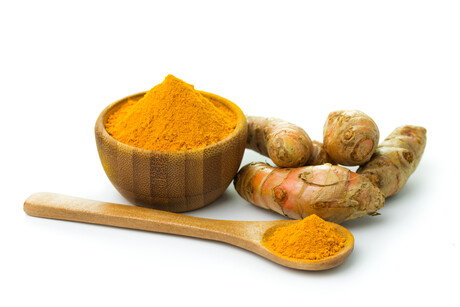 Chinese researchers have shown that curcumin, a natural compound found in the spice turmeric, can prevent transmissible gastroenteritis virus (TGEV) from infecting cells in pigs. At higher doses, the compound was also found to kill virus particles.

Infection with TGEV causes a disease called transmissible gastroenteritis in piglets, which is characterised by diarrhoea, severe dehydration and death. TGEV is highly infectious and is invariably fatal in piglets younger than two weeks, thus posing a major threat to the global swine industry. There are currently no approved treatments for alpha-coronaviruses such as TGEV and, although a vaccine exists, it is not effective in preventing the spread of the virus.

To determine the potential antiviral properties of curcumin, scientists from the Wuhan Institute of Bioengineering treated experimental cells with various concentrations of the compound, before attempting to infect them with TGEV. They found that higher concentrations of curcumin reduced the number of virus particles in the cell culture.

Writing in the Journal of General Virology, the researchers suggest that curcumin affects TGEV in a number of ways: by directly killing the virus before it is able to infect the cell; by integrating with the viral envelope to ‘inactivate’ the virus; and by altering the metabolism of cells to prevent viral entry.

“Curcumin has a significant inhibitory effect on TGEV adsorption step and a certain direct inactivation effect, suggesting that curcumin has great potential in the prevention of TGEV infection,” said Dr Lilan Xie, lead author of the study.

Curcumin has been shown to inhibit the replication of some types of virus, including dengue virus, hepatitis B and Zika virus. The compound has also been found to have a number of significant biological effects, including anti-tumour, anti-inflammatory and antibacterial activities. It was chosen for this research due to having low side effects, according to Dr Xie.

“There are great difficulties in the prevention and control of viral diseases, especially when there are no effective vaccines,” Dr Xie said. “Traditional Chinese medicine and its active ingredients are ideal screening libraries for antiviral drugs because of their advantages, such as convenient acquisition and low side effects.”

The researchers now hope to continue their research in vivo, using an animal model to assess whether the inhibiting properties of curcumin would be seen in a more complex system.

“Further studies will be required to evaluate the inhibitory effect in vivo and explore the potential mechanisms of curcumin against TGEV, which will lay a foundation for the comprehensive understanding of the antiviral mechanisms and application of curcumin,” Dr Xie said.

The striatum was on average 10% larger in psychopathic individuals compared to a control group of...