'Atmospheric detergent' to be investigated in Antarctica 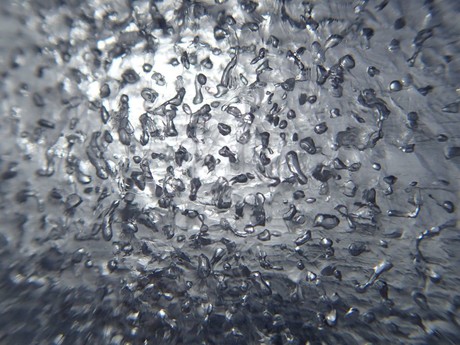 An international team of scientists is preparing to build a temporary lab on an Antarctic ice sheet, as part of a project to reveal how much a natural ‘atmospheric detergent’ cleans the air of harmful trace gases.

Although the majority of greenhouse gas emissions are made up of carbon dioxide, there are more than 40 other gases that contribute to climate change and depletion of the ozone layer. The Law Dome Hydroxyl project, led by CSIRO atmospheric scientist Dr David Etheridge and Dr Vas Petrenko from the University of Rochester in the USA, seeks to understand the natural processes that remove these ‘other’ climate change gases from the atmosphere.

“Hydroxyl (OH) is a naturally occurring, highly reactive molecule that plays an important role in the atmosphere as a ‘natural air purifier’, by destroying greenhouse gases like methane and industrial chemicals that deplete ozone,” said Dr Etheridge.

“But we don’t understand how much has been removed by hydroxyl, which is fundamental to be able to predict the levels of gases that affect climate and the ozone layer into the future.

“Knowing how hydroxyl varies in the atmosphere, and the role it plays, is the key to solving those mysteries.”

Researchers will drill ice cores to depths of 250 m to measure pre-industrial atmospheric levels of hydroxyl, which has never been done before. To do this, the team will traverse more than a 100 km from Australia’s Casey research station to Law Dome and set up a laboratory on the ice sheet for three months.

“Law Dome is the best place on the planet to get old air for this project, because its enormous rate of snowfall traps air quickly and preserves it at depth for centuries,” said Dr Etheridge. Nevertheless, the project remains a massive challenge due to the tiny amounts of material researchers need to sample and analyse.

“Melting hundreds of kilograms of ice will yield about 30 L of air, but each air sample will yield just a handful of the molecules we want to detect and measure,” Dr Etheridge said.

“The concentrations we’re looking for are so miniscule it’s like trying to find a few particular grains of sand amongst the trillions on a beach.”