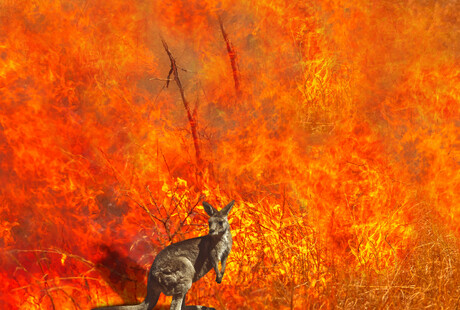 A comprehensive assessment of the state of Australia’s environment, produced every five years by some of our most respected scientists on behalf of the federal government, the report is an independent and evidence-based review that is mandated by the Environment Protection and Biodiversity Conservation Act 1999 (EPBC Act). The 2021 report was originally presented to the previous Environment Minister, Sussan Ley, in December last year but until now had not been released to the public — with Plibersek saying the Morrison government deliberately chose not to release the less-than-flattering results prior to the federal election.

“It’s right there on page one of the report — ‘Overall, the state and trend of the environment in Australia are poor and deteriorating’ — with ‘abrupt changes in ecological systems being recorded in the past five years’,” Plibersek said. “And it’s downhill from there.”

Since the last report, Plibersek said:

This is in addition to the news that Australia has lost “more mammal species to extinction than any other continent”, Plibersek said, with the koala perilously close to joining them as it was officially moved from ‘threatened’ to ‘endangered’ in Queensland, NSW and the ACT in February this year.

Plibersek added that Australia’s soil is generally in poor condition — and getting worse — as a result of erosion, deforestation (clearing over 7.7 million hectares of threatened species habitat between the years 2000 and 2017), intensive agriculture and climate change. This means the soil’s ability to regenerate and support life is diminished, and our agricultural output is lower than it could be.

“Australia’s environment is bad and getting worse, as this report shows,” Plibersek said. “And much of the destruction outlined in the State of the Environment report will take years to turn around.”

Nevertheless, Plibersek said she was optimistic about the steps the government can take over the next three years, stating that she will be guided by three essential goals:

She also referenced an official review into the EPBC Act by Professor Graeme Samuel, which was presented to the Morrison government almost two years ago and said the Act was “outdated”, “ineffective” and “not fit to address current or future environmental challenges”. She said the Albanese government will formally respond to the Samuel Review by the end of the year, with the aim of developing new environmental legislation for 2023.

To view the report in full, visit https://soe.dcceew.gov.au/.