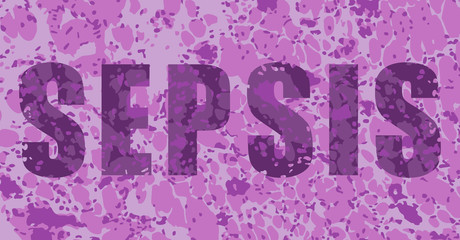 European researchers have found a way to identify hospital patients with suspected sepsis infection who may suffer from subsequent disease progression, thus reducing risk of premature discharge. Their work has been published in the journal Critical Care.

The inappropriate discharge of patients in the early stages of sepsis development is a serious, life-threatening consequence of the complex pathophysiological signs of infection. Yet despite a high emphasis being placed on an early identification of patients with sepsis within the emergency department (ED), failure to identify those with initially low severities, but a high potential for subsequent disease development and progression towards sepsis, may lead to either a delayed therapeutic response or inappropriate discharge decisions.

With a lack of validated tools to assess potential disease progression, European researchers conducted a multicentre study seeking to identify suitable blood biomarkers to fulfil this unmet clinical need. They assessed four potential blood biomarkers — MR-proADM, PCT, lactate and CRP — in 1175 patients who presented to six European EDs, as well as a secondary analysis of 896 patients with suspected infection from a previously published multicentre study, in order to identify those with an increased risk of further disease progression and mortality, and patients with uncomplicated infections where outpatient treatment may be most appropriate.

“Biomarkers such as procalcitonin (PCT) and C-reactive protein (CRP) are already well established in the field of infectiology, whilst elevated lactate levels can reflect significant infection-related cellular dysfunction despite being increased due to other pathophysiological abnormalities,” the researchers wrote. The clinical utility of novel biomarkers such as mid-regional proadrenomedullin (MR-proADM) was less clear, they said, though recent studies showcase the use of MR-proADM as a sensitive biomarker to assess disease severity in sepsis patients.

“In our study the biomarker MR-proADM was found to most accurately identify the patients with a high likelihood of further disease progression, compared to all other biomarkers and clinical scores,” said Dr Kordo Saeed, consultant clinical microbiologist at Hampshire Hospitals NHS Foundation Trust in Winchester and Basingstoke (UK).

Increased levels of adrenomedullin (ADM) are generated in disease conditions in order to stabilise the microcirculation and protect against vascular permeability. However, the reliable measurement of ADM is complicated by its short half-life and rapid degradation. The stable fragment of peptide MR-proADM allows the quantification of incremental changes over the course of therapy. Concentrations of MR-proADM have also been found to be rapidly induced in the initial stages of sepsis development following burns and neurological disorders, as well as in response to invasive fungal infections in septic shock patients.