Caribbean coral reefs have been warming for 100+ years 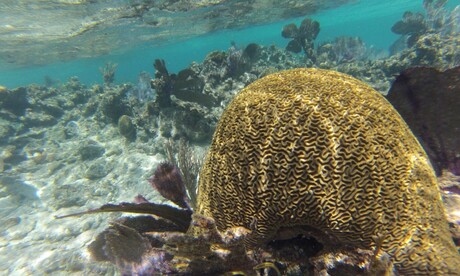 Researchers from The University of North Carolina at Chapel Hill have outlined 150 years of sea-surface temperature history throughout the Greater Caribbean region, highlighting significant warming trends that have disrupted coral reef ecosystems. Their findings have been published in the journal PLOS Climate.

In addition to heating the atmosphere, climate change caused by human activity heats the world’s oceans, disrupting marine ecosystems. Previous research has documented dramatic warming-induced changes to coral reef ecosystems worldwide — and in the Caribbean in particular — identifying such effects as mass coral mortality through coral bleaching and loss of reef-dependent fish. Building on prior research, the Chapel Hill researchers have now conducted an updated analysis of sea-surface temperature trends for Caribbean coral reefs.

The team first built a database of 5326 Caribbean coral reefs, each located in one of eight sub-regions. Then, they used three open-access datasets of satellite and on-location sea-surface temperature observations to assess the history of warming from 1871 through 2020.

The analysis showed that, region-wide, Caribbean coral reefs have been warming since 1915. However, in four of the eight sub-regions, warming began earlier, during the second half of the 19th century.

The researchers found that Caribbean reefs have warmed by a total of 0.5 to 1°C in the past century, with different sub-regions experiencing different rates of warming from each other and over time. The data suggest that if warming continues in a similar manner, these ecosystems will warm further by an average of about 1.5°C by the year 2100.

The analysis also assessed the occurrence of marine heatwaves — brief periods of unusually high ocean temperatures. They found that the frequency and length of these events are rising throughout the Caribbean, with reefs now experiencing an average of five per year — up from one per year in the 1980s.

On the basis of their findings and other studies, the researchers call for urgent reduction of greenhouse gas emissions, as well as efforts to address local and regional stressors of coral reef ecosystems, such as fishing and pollution, in the Caribbean and beyond.

“Our study indicates that coral reefs have been warming for at least a century and many reefs across the Caribbean have already warmed by a degree Celsius,” the study authors said. “This explains why we have seen such devastating declines in the health of this invaluable ecosystem.”