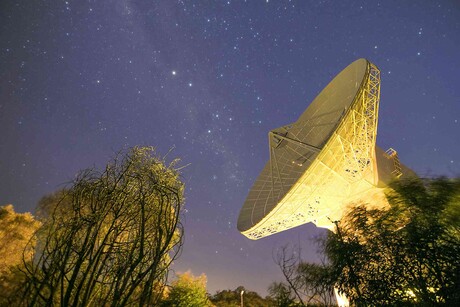 The European Space Agency (ESA) has announced that it will collaborate with the Australian Space Agency on the construction of a deep space antenna at New Norcia, 140 km north of Perth — ESA’s second such antenna to be based at this site and its fourth overall.

The 35-metre, 620-tonne antenna will be a new model with novel functionality and support for additional communication frequencies. It will feature the latest in deep space communication technology, including a super-cool ‘antenna feed’ that will be cryogenically cooled to around -263°C and increase data return by up to 40%, and will be so sensitive it could detect signals far weaker than the signal from a mobile phone on the surface of Mars.

The new deep space antenna is a joint undertaking contributing to the long-term cooperation between ESA and Australia in the space domain. It enables significant economic, technology and scientific benefits for both partners, and will pave the way for further collaboration in areas such as space communication, space situational awareness and mission operations.

“We are happy to announce the latest addition to ESA’s state-of-the-art deep space communication network and this important next step in our relationship with the Australian Space Agency,” said ESA Director General Josef Aschbacher.

ESA has budgeted €45 million ($70 million) for the new antenna, covering antenna procurement and construction as well as upgrades to station buildings and services. While the prime contractor will come from an ESA Member State, a significant portion of the budget will be spent in Australia with the involvement of a number of Australian companies.

“The new antenna is not only positive progress in the [Australian Space] Agency and ESA’s cooperative relationship, but also an important contributor to the local economy which will help grow Australia’s civil space industry,” said the Head of the Australian Space Agency, Enrico Palermo.

Construction is due to be completed in 2024, with the antenna entering operation in the second half of that year.