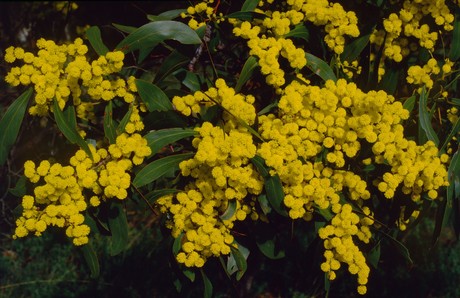 Genome sequencing is providing significant genetic information for many of the world’s plant species. However, more can be achieved in Australia through an innovative collaborative approach, according to Andrew Gilbert, General Manager, Bioplatforms Australia.

“Australia has a long history of cooperation and creation of world-class and game-changing approaches such as Australia’s Virtual Herbarium (AVH), a single portal for critical biodiversity information and a global first. Similarly, this initiative will place Australia at the forefront of understanding plant evolution and conservation,” he said.

Professor David Cantrill, the scientific lead of the initiative and Executive Director of Science at the Royal Botanic Gardens Victoria, said, “Using genomics has accelerated our understanding and ability to conserve Australian plant diversity; however, collaboration will advance our depth and breadth of knowledge significantly.”

Bioplatforms Australia’s Genomics for Australian Plants Framework Initiative establishes a genomics resource for native Australian plants. It will facilitate research using genomics approaches for a more thorough understanding of the evolution and conservation of our flora. The project is led by researchers from the Australian State and National Herbaria and Botanic Gardens community and will be driven by the plant research community, bringing together researchers, data specialists, state governments, commonwealth government agencies and plant conservation agencies.

Australia has around 24,000 species of native vascular plants, many of which are found nowhere else in the world. These plants have evolved highly diverse traits to thrive in the continent’s varied and often harsh climates and provide a unique landscape to the region. This diversity is reflected in the high variation in size and the complexity of Australian plant genomes, ranging from a fiftieth to 50 times that of the human genome (60 Mb to ~150 Gb).

The initiative will create genomic infrastructure across the ‘Plant Tree of Life’ with the sequencing of key/strategic native plant specimen/species. The integrated network built across the country will collaborate in the collection, management, dissemination and application of genomic data for Australian plants.

“Genomic information is the new research frontier for biological collections globally. The consortium will allow the Australian plant research community to unlock evolutionary, conservation and phylogenetic data from plant specimens that have been collected since the late 1770s. This will help us to better manage and conserve Australia’s unique plants and plant communities for future generations,” said Dr Linda Broadhurst, Director of the Centre for Australian National Biodiversity Research at CSIRO.

The consortium will carry out an initial pilot on three native plant species: the golden wattle (Acacia pycnantha) native to Australia’s Capital Territory and the floral emblem of Australia; an Australian endemic spider flower native to Western Australia (Areocleome oxalidea); and the Waratah (Telopea speciosissima), native to the south-eastern parts of Australia and the NSW state emblem.