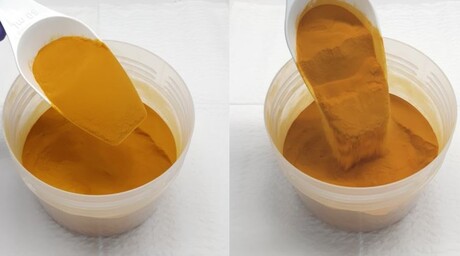 Mercury pollution is a global problem in water, air and soil near goldmines and other heavy industries burning fossil fuels — with removal too expensive or difficult in some of the poorest countries in the world. Now Flinders University scientists have expanded testing of a sustainable extraction material capable of absorbing almost all mercury from polluted water in minutes — itself made entirely from low-cost waste from petroleum, citrus and agricultural production.

Study co-author Dr Max Worthington said the new material was created by coating silica with sulfur and limonene — a novel chemical combination already shown to effectively absorb waste mercury. “This silica covered with an ultrathin coating of poly(S-r-limonene), using sulfur left over in petroleum production and orange oil from orange peel discarded by the citrus industry, was extensively tested in various pH and salt concentrations,” he said.

The tests showed almost total absorption of mercury within minutes in trial conditions, according to results published in the journal Physical Chemistry Chemical Physics. Senior author Professor Justin Chalker described the material as “ultrafast in its ability to remove mercury from water”, in some cases capturing more than 99% of the mercury in just a few minutes.

“Not only is this new mercury sorbent able to rapidly bind to mercury in water, but is also selective in taking up mercury but not other metal contaminants such as iron, copper, cadmium, lead, zinc and aluminium,” Worthington noted. This helps with safety after capturing the inorganic mercury.

According to co-author Dr Max Mann, “The particles contained in just 27 g of this free-flowing orange powder have an approximate surface area of a soccer field, and it can be quickly produced in large enough volumes to suit contamination levels.” Flinders PhD candidate Alfrets Tikoalu added that silica sourced from agricultural waste, such as wheat or rice production, could also be used for the material to be made even more sustainable.

“This mercury remediation technology can be a circular economy solution for a more sustainable world, because this value-added material is made entirely from waste,” he said.