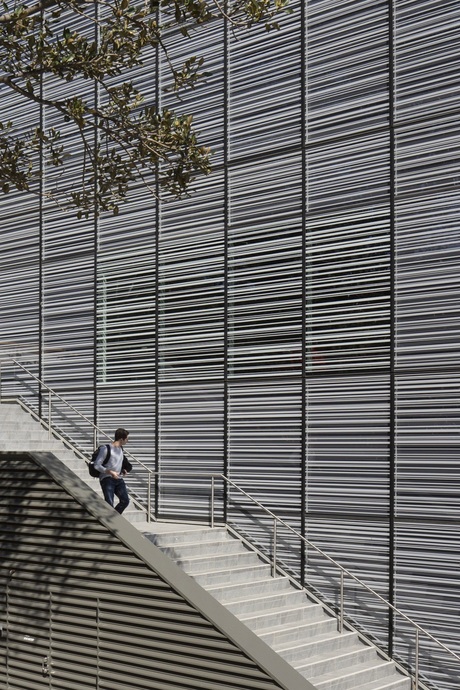 The $150 million Sydney Nanoscience Hub, located at the University of Sydney, was officially opened today as part of a two-day conference on the theme of nanoscale science and technology.

Described by hub director Professor Simon Ringer as “the best building of its kind in our region”, the building will enable the design, fabrication and testing of devices all under one roof. It features teaching spaces alongside publicly available core research facilities that will support fundamental research as well as the work of start-ups and established industry.

The hub will also serve as the headquarters for the newly established Australian Institute for Nanoscale Science and Technology (AINST). AINST hosts some of the capabilities of the Australian National Fabrication Facility and the Australian Microscopy & Microanalysis Research Facility.

Researchers at the institute will contribute to two ARC Centres of Excellence: the Centre for Ultrahigh bandwidth Devices for Optical Systems (CUDOS) and the Centre for Engineered Quantum Systems (EQuS). The institute has also set up five flagship programs directly addressing key research themes:

According to Professor David Reilly, research leader of the quantum measurement and control flagship, breakthroughs at the nanoscale hold the key to major advances in areas such as artificial intelligence and security.

“The challenge for us over the next few years is to take the physics results that we have probing the basic phenomena of quantum mechanics and see those results turn into technologies,” he said.

AINST Director of Community and Research Professor Zdenka Kuncic added the ‘rules of the game’ in nanoscience are still being worked out.

“Perhaps the most exciting aspect of nanoscience is the potential for new discoveries, including in health and medicine,” she said. “We have only scratched the surface of the new knowledge that remains to be revealed.”