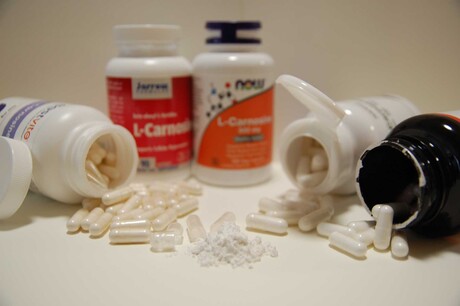 It’s not easy to be sure that drugs and supplements with twisted (chiral) structures are turning in the correct direction. Now researchers in the US and Brazil have shown that twirling infrared light can probe both the structures of molecular crystals and their twists, confirming that they are safe and effective.

Walking along the supplement aisle, you might notice that some have an L or D in front of the names. This denotes the direction in which the molecule twists, ie, clockwise (D) or anticlockwise (L) — the human body typically only uses one version. Molecules with the wrong twist can be nuisance fillers or cause side effects that can be unpleasant or dangerous. But quality control for twisted molecules is tough, and monitoring the chiral structures of drugs and supplements kept in storage isn’t usually done.

“The methods most commonly used at pharmaceutical companies are very sensitive to impurities, but measuring chirality is expensive,” said Wonjin Choi, a research fellow at the University of Michigan (U-M) and first author on the study. The method developed by Choi and colleagues can quickly recognise wrong twists and wrong chemical structures in packaged drugs using terahertz radiation, a portion of the infrared part of the spectrum. It has been described in the journal Nature Photonics.

“Biomolecules support twisting, long-range vibrations also known as chiral phonons,” explained U-M Professor Nicholas Kotov, co-corresponding author on the study. “These vibrations are very sensitive to the structure of molecules and their nanoscale assemblies, creating the fingerprint of a particular chiral structure.”

The team was able to measure these phonons in the spectra of twisted terahertz light that passed through tested materials. One of these, L-carnosine, is currently used as a nutritional supplement.

“If the twist of the molecule is wrong, if the twist in the way the molecules pack together is not right, or if different materials were mixed in, all of that could be inferred from the spectra,” Prof Kotov said.

Study co-author Professor John Kruger, from Michigan State University, provided bladder stones from dogs, and the team discovered their chiral signature. The researchers thus hope their method could enable rapid diagnostics for pets and perhaps later humans, diagnosing harmful accumulations of twisted molecules in the body including bladder stones, insulin fibrils and amyloid aggregations such as the plaques that appear in Alzheimer’s disease.

In addition, the researchers studied insulin as it grew into nanofibres that make it inactive. If the terahertz light technology can be adapted for home health care, it could verify the quality of insulin.

The team also explored how light can influence structures, rather than just measure them. Calculations carried out by co-corresponding author Professor André Farias de Moura, from the Federal University of São Carlos, show that multiple biomolecules vigorously twist and vibrate when terahertz light generates chiral phonons.

“We foresee new roads ahead — for instance, using terahertz waves with tailored polarisation to manipulate large molecular assemblies,” Prof de Moura said. “It might replace microwaves in many synthesis applications in which the handedness of the molecules matters.”

Based on Prof de Moura’s calculations, Prof Kotov and Choi believe that the twisting vibrations of chiral phonons caused by terahertz light may make disease-causing nanofibres more vulnerable to medical interventions. Future work will explore whether that interaction can be used to break them up.