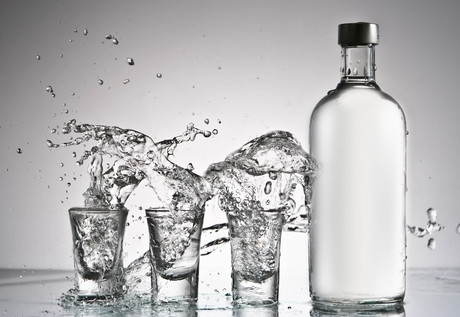 When you think of counterfeit goods, the first things to come to mind are probably clothing or electronics. But there’s another industry out there that has been hit so badly by counterfeiters that lives have been lost as a result — the alcohol industry.

Writing in the American Chemical Society journal ACS Sensors, researchers at the University of Illinois at Urbana-Champaign noted, “Counterfeiting and adulteration of foods and beverages generally, and liquors specifically, is a substantial problem worldwide.” With literally thousands of liquor products available, they said, opportunities exist for unscrupulous individuals to try and make themselves a profit.

Counterfeiters may homebrew their own liquor and bottle it in official-looking packaging, with consumers none the wiser about the source of the product or its actual ingredients. As a result, the product may have been adulterated or contaminated with water, low-end liquors or other inexpensive additives, including antifreeze. The consumption of counterfeit liquors is therefore a public health problem, with deaths from contaminated alcohol having been reported in Indonesia, Mexico, China, Poland, Russia and more.

“For these reasons, the quality control of liquors becomes imperative for regulation of the liquor market and for protection of consumers’ health,” the researchers said. “Easy analysis of liquors in the field, outside of laboratory settings, has become an urgent need as part of such quality control monitoring, and this requires the ability to distinguish even subtle differences among liquor samples.”

The scientists set out to address this growing health concern by engineering a device that can easily identify tainted products. Their work follows the development of several techniques for liquor analysis in recent years, including gas chromatography (GC), high-performance liquid chromatography (HPLC), mass spectrometry (MS), infrared or UV–vis spectrometry and solid-phase microextraction (SPME).

“Chromatographic or spectroscopic methods only gives ppm or sub-ppm level detection for most analytes; below that level, preconcentration of low-concentration components using SPME is necessary,” the study authors said. “Unfortunately, due to the variation in partition coefficients among polar vs nonpolar compounds, SPME inherently gives uneven preconcentration so that the analysis gives inaccurate distribution of components in the original mixture.”

Another alternative is the use of array-based sensors such as electronic noses, as first proposed in the early 1980s, which provide a composite response. As noted by the researchers, examples of electronic or optoelectronic noses employed in liquor assessment include chemiresistive metal oxides, mass-sensitive quartz crystal microbalances, photonic crystals, and UV–vis or fluorescence.

“Liquor analysis by traditional electronic nose technology has [however] often been problematic because the dominant analyte to which prior sensors respond is ethanol,” the scientists said. “Consequently, subtle differences among liquors with similar alcohol contents have been difficult to detect.”

Seeking to overcome these limitations, the research team developed their own optoelectronic noses based on colorimetric sensor arrays, which make use of the chemical diversity available in molecular sensors (specifically, chemically responsive dyes). Such devices have previously proven effective for the identification and quantification of analytes in both gaseous and aqueous phases, finding success in security screening, environmental monitoring, medical diagnosis and quality inspection of foods and drinks.

“Our colorimetric sensor arrays probe a broad range of chemical interactions using a set of chemo-responsive dyes immobilized in relatively hydrophobic matrices,” the team wrote. “The change in colors [RGB — red, green and blue] … of the array before and after exposure to a given odorant are digitally imaged and provide a ‘fingerprint’ that identifies the odorant by comparison to a collected library database.”

The researchers noted that the chemical composition of liquor products is “enormously complex”, with 300–1500 identifiable compounds found in different liquors. The good news is, aldehydes and ketones — products produced from fermentation, the ageing process and storage — contribute substantially to the distinctive aroma of alcoholic beverages, and can therefore be used as standards for the authentication and quality assessment of liquor products.

“To target those aldehydes and ketones, we designed several colorimetric sensor elements based on acid-doped, amine-based nucleophiles that are specifically aldehyde- and ketone-sensitive,” the study authors said. These were combined with 36 classes of chemical dyes that change colour upon exposure to particular components in liquor, including six aldehyde/ketone responsive dyes and 30 other classes of sensor elements from prior studies. The array therefore responded not only to aldehydes and ketones but also to a wide range of volatile organic chemicals (VOCs).

Finally, to improve sensitivity and increase discriminatory power, the team developed a way to partially oxidise the liquor vapour stream before exposure to the array. This would result in the production of more chemically reactive species such as aldehydes, quinones and carboxylic acids, they explained — which was vital to their research, as the colorimetric sensors used in the array were not especially sensitive to alcohols.

“This provides a much more sensitive and distinctive signature than simply detecting the vapor of the pristine liquors,” the study authors said.

This preoxidation was carried out with the help of a disposable tube that was simply attached to the handheld image analyser. Head-gas vapours were drawn through the tube and over the array located inside the analyser. This enabled in situ collection and real-time analysis of sensor images within 2 min.

The team tested their colorimetric sensor array against a library of 14 commercial liquor products across five categories: scotch, bourbon, rye, vodka and brandy. By mapping their colour difference profiles, the researchers were able to correctly identify the alcoholic content and brand of each of the 14 different liquors — with greater than 99% accuracy.

The scientists went on to investigate the effect of the dilution of liquors on the sensor array response, in a demonstration of what could be a real-world application. This time, the colour difference profiles were found to change with increasing degrees of dilution. This enabled the researchers to distinguish among different dilutions of the liquor — even when that dilution was as little as 1%.

The researchers believe that the “extremely high discriminatory power” of their colorimetric sensor array may make it suitable for quality assurance for the beverage industry, given its high accuracy rate and successful discrimination between pristine liquors, adulterated liquors and aqueous ethanol samples. Furthermore, they suggest that additional research could lead to discrimination between a more complete list of alcoholic beverages — including wines, ciders and beers — according to their type and method of preparation, country of origin and degree of spoilage, adulteration or contamination.

I don’t know about you, but I’ll drink to that.