An innovative instrument called MUSE (Multi Unit Spectroscopic Explorer) has been successfully installed on the European Southern Observatory’s (ESO) Very Large Telescope (VLT) at the Paranal Observatory in Chile. A powerful tool for discovery, MUSE uses 24 spectrographs to separate light into its component colours to create both images and spectra of selected regions of the sky. 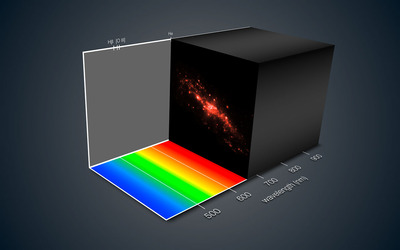 MUSE couples the discovery potential of an imaging device with the measuring capabilities of a spectrograph. It creates 3D views of the universe with a spectrum for each pixel as the third dimension - a technique known as integral field spectroscopy. During the subsequent analysis, the astronomer can move through the data and study different views of the object at different wavelengths, just like tuning a television to different channels at different frequencies. 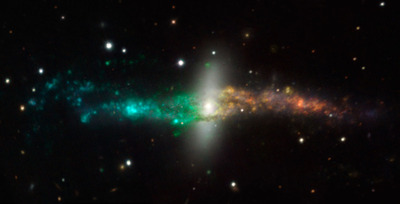 This colour composite of the polar ring galaxy NGC 4650A was created from MUSE data. Credit: ESO/MUSE consortium/R Bacon.

MUSE is the result of 10 years of design and development by the MUSE consortium, headed by the Centre de Recherche Astrophysique de Lyon (France). Following testing and preliminary acceptance in Europe in September 2013, the device was shipped to ESO’s Paranal Observatory in Chile. It was reassembled at the base camp before being carefully transported to its new home at the VLT. It is now installed on Unit Telescope 4, which is currently being converted into a fully adaptive telescope. 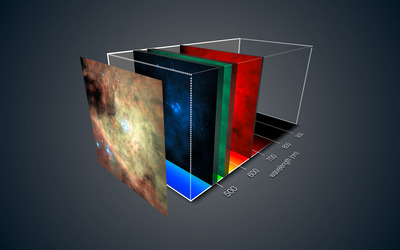 This view shows how the MUSE instrument gives a three-dimensional depiction of the Orion Nebula. Credit: ESO/MUSE consortium/R Bacon/L Calçada.

“It has taken a lot of work by many people over many years, but we have done it!” said the leader of the team and principal investigator for the instrument, Roland Bacon of the Centre de Recherche Astrophysique de Lyon. “It seems strange that this 7-tonne collection of optics, mechanics and electronics is now a fantastic time machine for probing the early universe. We are very proud of the achievement - MUSE will remain a unique instrument for years to come.” 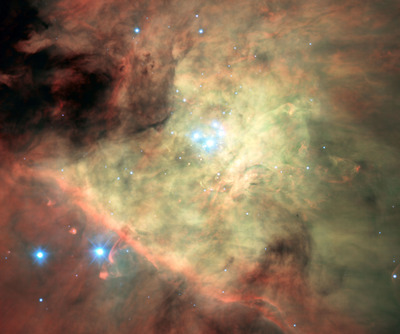 This colour composite of the Orion Nebula was created from MUSE data. Credit: ESO/MUSE consortium/R Bacon.

MUSE’s science goals include delving into the early epochs of the universe to probe the mechanisms of galaxy formation and studying both the motions of material in nearby galaxies and their chemical properties. It will have many other applications, ranging all the way from studies of the planets and satellites in the solar system, through the properties of star-forming regions in the Milky Way and out to the distant universe.