Fingerprinting petroleum and other complex mixtures 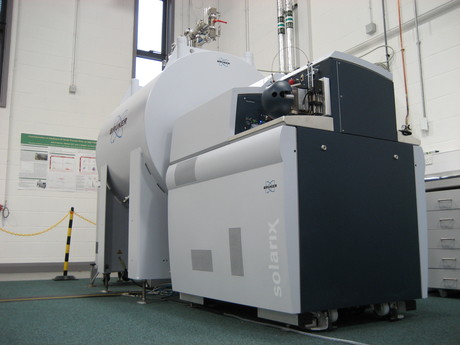 A research team led by the University of Warwick has developed a powerful method of analysing chemical mixtures that has been able to assign 244,779 molecular compositions within a single sample of petroleum — said to be a world record.

Assigning the compositions of molecules in a complex mixture is a valuable tool for a number of industries, where the elemental composition of those molecules can provide valuable data for research, determine the mixture’s viability such as in the petrochemical industry or even ‘fingerprint’ a complex mixture such as oil or environmental samples. The Warwick researchers developed a method called operation at constant ultrahigh resolution (OCULAR), which combines experimental and data processing techniques that allowed them to characterise the most complex sample that they have ever worked on.

Using Fourier transform ion cyclotron resonance mass spectrometry (FT-ICR MS), the researchers analysed a sample of heavy petroleum in solution. The molecules in the sample were then ionised, excited and detected to determine the mass-to-charge ratios using a solariX (Bruker Daltonics) FT-ICR mass spectrometer at the University of Warwick. The ultrahigh resolving power and mass accuracy of FT-ICR MS allows the scientists to determine the elemental compositions within even the most complex samples, with a high degree of confidence.

Traditional analysis performed with a variety of Fourier transform mass spectrometers (FTMSs) offers decreasing resolving power and confidence in assignments of the elemental compositions at higher m/z when studying a broad m/z range. With the OCULAR method, ions are analysed using smaller data segments based on their mass, where the experiment is designed in a way to ensure almost constant resolving power across the full mass range analysed. In an example published by the researchers in the journal Chemical Science, a constant resolving power of 3 million was used to characterise a heavy petroleum sample. 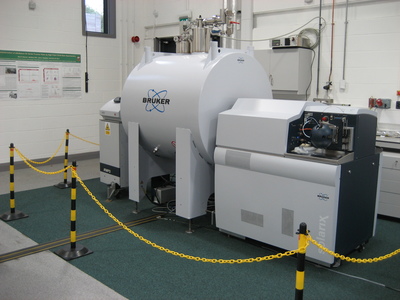 Using an algorithm developed by the researchers, the segmented data can be automatically prepared and ‘stitched’ together to generate a complete mass spectrum (relative abundance vs m/z). Each peak represents a single molecular composition, and so the entirety of the mass spectrum covers the compositional space of the sample. This allowed them to operate at much higher resolution and also addressed issues relating to space-charge effects, where a large number of ions will affect the accuracy of the mass measurement. The result was resolution, detection and assignment of the highest number of peaks within a sample to date, the researchers said.

The technique can be used for any analysis of a complex mixture and has potential applications in areas such energy (eg, petroleum and biofuels), life sciences and health care (eg, proteomics, cancer research, and metabolomics), materials (eg, polymers) and environmental analysis, including being used to fingerprint oil spills by their molecular composition.

“This method can improve the performance of a range of FTMS instruments, including high and low magnetic field FT-ICR MS instruments and Orbitrap instruments,” said lead author Dr Diana Palacio Lozano, from Warwick’s Department of Chemistry. “We are now able to analyse mixtures that, due to their complexity, are challenging even for the most powerful analytical techniques. This technique is flexible as the performance can be selected according to the research needs.”

Petroleum samples are inherently highly complex and so were an ideal test for this method. As the world’s use of petroleum spurs the move to heavier oils, the samples are becoming more complex and so there is also a greater need for this type of analysis by petrochemical scientists.

The low volatility of the heavier oil can now be explained by the extraordinarily complex elemental composition. The high complexity of heavy oils can interfere with catalysis and affects extraction, transport and refining processes. The OCULAR technique is also powerful enough to be used on samples that require the highest performance to assign compositions based on mass accuracy or fine isotopic patterns.

“The OCULAR approach allows us to push the current analytical limits for characterising the most complex samples,” said principal investigator Dr Mark Barrow. “It significantly extends the performance of all FTMS instruments at no additional cost and works well with developments in the field, such as newer hardware designs, detection methods and data processing methods. OCULAR is highly versatile, the experiments and processing can be adapted as needed and the approach can be applied to many research areas, including energy, health care and the environment.”

Pictured: The FT-ICR MS instrument used in the study.

Health on the other side of the COVID-19 pandemic