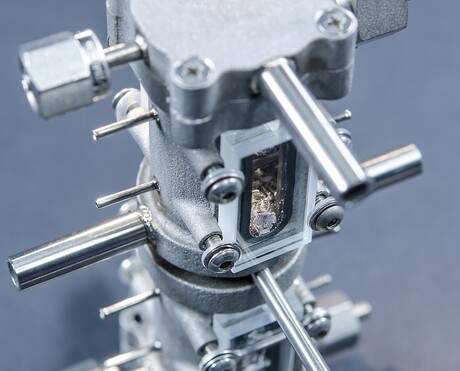 In 1912, Victor Grignard was awarded the Nobel Prize in Chemistry for his discovery of what came to be known as Grignard reagents — compounds that have since come to play a key role in the chemical and pharmaceutical industries. Now, German researchers have developed a scalable and flexible microreactor that will not only make reactions with these reagents faster and safer, but should also yield a purer product.

Grignard reagents provide one of the most effective means of creating chemical bonds between carbon atoms. Among the top 50 active pharmaceutical ingredients, one in 10 has a synthesis pathway that includes one or more Grignard reactions. There is a drawback, however: depending on the type of reaction, it can take some time for the reaction to get properly started — and, once it does, the reaction very quickly generates a lot of heat, which then has to be dissipated.

To restrict the generation of heat, the reagent is only added to the continuous stirred-tank reactor in limited portions. This, however, lengthens the reaction time, during which a lot of by-products can form. Should the desired product happen to react with the starting material, this can result in contamination, thereby lowering product quality and/or yield. Researchers from the Fraunhofer Institute for Microengineering and Microsystems IMM have now succeeded in eliminating these problems.

“We’ve replaced the large continuous stirred-tank reactor with a flow reactor,” said Dr Gabriele Menges-Flanagan, a research fellow at Fraunhofer IMM. “This means we can use the full power of the reaction and still control the temperature wonderfully.” 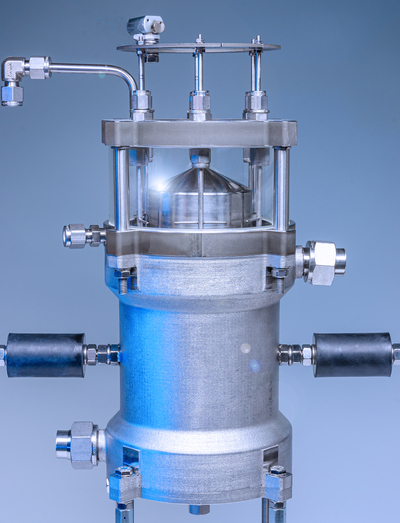 This method has a number of advantages. Whereas the reaction takes a long time in the continuous stirred-tank reactor, the flow reactor enables the entire reagent to be converted in a matter of minutes. Furthermore, product purity is higher and produced amounts can be tailored to requirements. This means the process is both faster and safer, as well as delivering a cleaner product.

These advantages are down to the reactor design. Inside the flow reactor, the reactant — usually an organic bromide or chloride — is pumped up through a bed of magnesium shavings. An abundance of magnesium shavings in the reactor ensures that the reaction gets going properly and then progresses in a controlled manner. Crucial here, too, is the geometry of the reactor, which features a double-skinned cylinder, cooled on the inside and outside skin by a continuous flow of oil. This ensures that the heat from the reaction is dissipated quickly and efficiently, enhancing safety and inhibiting the production of undesirable by-products.

The fact that both reactant and product flow through the reactor with short residence times also inhibits side reactions. There are two reasons for this: on the one hand, the reactant is rapidly converted into product; on the other, this product flows continuously through the reactor — rather than, as in the past, swimming together with the reactant in a continuous stirred-tank reactor. In other words, there are far fewer opportunities for side reactions between the two. The abundance of magnesium in the flow reactor also helps prevent side reactions. This is because the reactant is more likely to react with the magnesium shavings than with the product, which is rapidly removed. 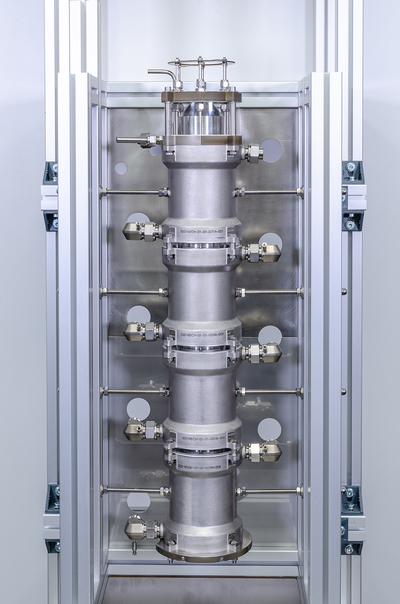 The Fraunhofer researchers have already built a pilot plant, which can convert up to 20 L of reactant solution an hour. This can be run either for short periods or continuously, depending on the volume of product required. Should larger volumes of product be required, another option is to run a number of reactor modules together; the current pilot plant consists of four such modules and marks an important interim stage on the way towards boosting throughput and, ultimately, achieving industrial-scale production.

Researchers from Fraunhofer have already teamed up with partners from industry to carry out initial feasibility studies, with Dr Menges-Flanagan stating, “Industry feedback has informed the entire development process, from lab scale to pilot plant.” She also said that a pilot project with customers from industry at their site should be feasible in around a year’s time.

As well as being suitable for the formation of any conceivable type of Grignard reagent, the plant should also prove suitable, in the long term, for the synthesis of organometallic compounds of zinc. Indeed, researchers have already conducted such reactions on the lab scale. Using the new reactor, it should be possible for the first time ever to make these reactions flexibly scalable.