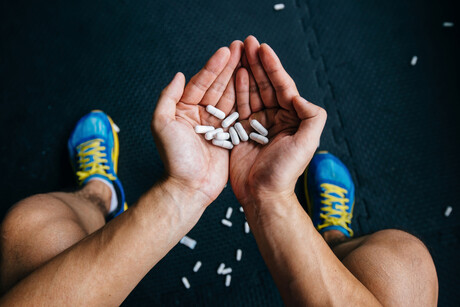 As the world awaits the long-delayed Tokyo Olympics, a new method for detecting doping compounds in urine samples could level the playing field for those trying to keep athletics clean, as US scientists report the use of ion mobility–mass spectrometry to help regulatory agencies detect existing dopants and future ‘designer’ compounds.

Each year, the World Anti-Doping Agency (WADA) publishes a list of substances, including steroids, that athletes are prohibited from using. However, it can be difficult to distinguish an athlete’s natural or ‘endogenous’ steroids from synthetic ‘exogenous’ ones administered to boost performance. And regulatory bodies also face another challenge, as noted by Dr Christopher Chouinard from the Florida Institute of Technology.

“As quickly as we develop methods to look for performance-enhancing drugs, clandestine labs develop new substances that give athletes a competitive advantage,” Dr Chouinard said, noting that these designer drugs evade detection if testing labs don’t know to look for their specific chemical structures. Looking to combat this, he and his team developed an assay that can differentiate endogenous and exogenous steroids and can also anticipate the structure of new compounds that might show up in athletes’ urine samples.

Currently, testing labs analyse samples using tandem mass spectrometry (MS) and gas or liquid chromatography. These approaches break up molecules in the sample and separate the fragments, yielding spectra that can reveal the identity of the original, intact compounds. But it can be tough to differentiate molecules with minor structural differences — including isomers — that distinguish endogenous steroids from exogenous ones, such as the synthetic anabolic steroids athletes take to build muscle.

To accentuate those differences, Dr Chouinard pairs MS with ion mobility (IM) spectrometry, a separation technique he learned as a graduate student with Dr Richard Yost at the University of Florida. Dr Yost’s team and others found that the differences between isomers could be made even more apparent if the molecules in a sample were modified prior to IM-mass spec analysis by reacting them with other compounds. After Dr Chouinard set up his own lab in 2018, he applied this technique by reacting steroid samples with ozone or acetone in the presence of ultraviolet light — reactions already well established among researchers who study lipid isomers, but new in the anti-doping arena.

Last year, Dr Chouinard’s team reported they had successfully used these reactions with IM–MS to improve isomer separation, identification and quantification for a few steroids in sample solutions. Now, the researchers report they have tested this technique in urine against nearly half the prohibited steroids on WADA’s list and have shown it can successfully characterise and identify these compounds. They also showed the method can characterise and identify banned glucocorticoids, such as cortisone, that improve athletic performance by suppressing inflammation from injuries. Detection limits are below 1 ng/mL.

In addition to tracking down known dopants, the team wants to be able to find newly created illicit steroids not yet known to WADA. With Florida Institute of Technology collaborators including Dr Roberto Peverati, they are developing computational modelling and machine learning techniques to try to predict the structure, spectra and other characteristics of these molecules.

“If we can develop methods to identify any theoretical steroids in the future, we could dramatically reduce doping because we would be able to detect these new species immediately, without the lag time that’s been associated with anti-doping testing over the last 40 years,” Dr Chouinard said.

Though the assays themselves are quick, simple and inexpensive, Dr Chouinard noted that IM instruments are costly, with a price ranging up to roughly a million dollars. But with the support of anti-doping funding organisations like the Partnership for Clean Competition (PCC), he hopes more labs might be willing to foot that bill, so long as the method offers a significant advantage in detection and deterrence.

European researchers have developed a new approach that inverts the standard paradigm of scanning...