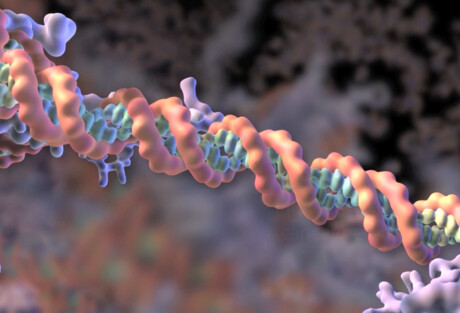 Google Cloud and the Garvan Institute of Medical Research have collaborated on what is believed to be the largest genome sequencing sample ever performed in Australia, processing 14,000 genomes in less than two weeks. This is a significant step forward for genomic research, which proves the power of cloud-based genomic processing and its potential to lead to earlier diagnoses, interventions and targeted treatments of gene-related health issues.

Google Cloud supported Garvan by demonstrating the scalability of a secure-by-design, cloud-based solution. By storing genomics data on Google Cloud and leveraging the Broad Institute’s Terra workflow and data management system, Garvan was able to process the largest genomics dataset ever examined in Australia while meeting security and international genomics standards. Running the same analysis without cloud computing would be significantly more expensive and time-intensive, Garvan said.

“Recent, substantial improvements in the national genomics landscape have resulted in the assembly of large-scale biobanks with hundreds of thousands of genomics-ready DNA samples and associated deep clinical data,” said Associate Professor Sarah Kummerfeld, Director, Data Science, Garvan. “This dramatic expansion of access to clinical genomics requires scalable, coordinated data infrastructure. Google Cloud offers infrastructure built for scaling and efficiency. Without it, this genome project would have taken much longer.”

The collaboration between Google Cloud and Garvan addresses the challenges researchers and clinicians face when tackling big questions in biomedical research — including storing, analysing and sharing genomic data. Overcoming these challenges requires expertise and investment in population genomics — the generation and analysis of massive-scale datasets of human genetic variation, combined with information on health and clinical outcomes. The dataset generated by this particular project will be used by researchers at the Centre for Population Genomics (CPG), a partnership between Garvan and the Murdoch Children’s Research Institute (MCRI), to explore the distribution of genetic variation across populations and improve the diagnosis of rare genetic disorders.

“In order for genomics to provide better prediction, diagnosis and treatment of disease for all Australians, we need the ability to analyse human DNA at massive scale,” said CPG Director Professor Daniel MacArthur. “This project demonstrates the value of a cloud computing model to achieve this.”

“Core to Google Cloud’s DNA is open-source collaboration, and biomedical research is no different,” added Alister Dias, Vice President, Australia and New Zealand, Google Cloud. “We know that solving some of the world’s biggest challenges doesn’t happen in a vacuum.

“Google Cloud’s scalable and secure infrastructure enabled Garvan to analyse massive amounts of biomedical information at unprecedented speed. The potential of this research to quickly understand and find cures for gene-related diseases is significant, and one we’re proud to be a part of.”

Thermo Scientific BioPharma Finder 5.1 software has been designed to offer a complete solution...

The software powers mass spectrometers across the SCIEX portfolio and was designed to help...