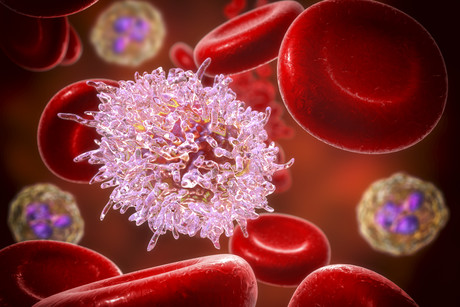 At the 2019 meeting of the American Society of Hematology, recently held in Florida, several scientists presented abstracts illustrating the sensitivity, precision and speed of Bio-Rad Laboratories’ droplet digital PCR (ddPCR) technology, which enables researchers and clinicians to effectively monitor biomarkers of malignant and non-malignant blood disorders.

Pier Luigi Zinzani and Alessandro Broccoli, both of the University of Bologna, wanted to see if they could find a more sensitive test to determine if patients with hairy cell leukaemia (HCL) are in complete response after cladribine (2CdA) treatment. Using ddPCR, they showed how patients with active disease display a higher fractional abundance of BRAF V600E ctDNA than patients in complete response.

Subsequently, as part of a larger study on 2CdA, Broccoli used ddPCR to test for the presence of this mutation in the peripheral blood of 10 patients with HCL who exhibited complete response to 2CdA treatment for at least five years. Seven of these patients were BRAF V6500E-negative. Three patients were positive for the BRAF V600E mutation at 6.5, 8.4, and 13.7 years after treatment, and relapsed between four months and two years later.

Broccoli suggested that these data show how some patients who have long-lasting responses after one course of 2CdA will display no evidence of the BRAF V600E mutation in peripheral blood, and that ddPCR could potentially be used to monitor the disease activity over time.

“ddPCR is a highly sensitive method — much more sensitive than conventional PCR techniques,” Broccoli said. “This is particularly important for assessing the disease burden in HCL, as it is usually characterised by the presence of just a few circulating cells.”

Monitoring the BCR-ABL1 fusion transcript levels is an effective way to monitor response to tyrosine kinase inhibitor (TKI) treatment in patients with chronic myeloid leukaemia (CML). With the goal of evaluating the potential diagnostic value of ddPCR in monitoring TKI-treated patients with CML, Carmen Fava and her colleagues at the University of Turin conducted a multicentric study comparing ddPCR with the standard method, reverse transcription quantitative PCR (RT-qPCR).

Researchers from three different labs used these two methods to quantify the BCR-ABL1 fusion transcript levels of 37 patients segmented by their molecular response (MR) levels. The researchers found that ddPCR has good agreement with RT-qPCR, and that ddPCR more precisely quantified the BCR-ABL1 transcripts especially at low MR levels (4 and 4.5).

“ddPCR kit’s reproducibility, ability to express results in IS, and promising findings in several trials and reports suggest ddPCR’s potential for routine use in clinical settings to determine when treatment can be discontinued,” Fava said.

Sanger sequencing is a common method used to detect BCR-ABL1 mutations, which causes TKI treatment resistance among patients with CML who don’t respond well to therapy. Simona Soverini of the University of Bologna and other researchers tested next-generation sequencing (NGS) and a novel ddPCR-based multiplex assay as potential alternatives to Sanger sequencing for screening a panel of 13 BCR-ABL1 mutations relevant for TKI selection.

Preliminary evaluation of the ddPCR assay showed high concordance (>90%) with the NGS-identified mutations. The turnaround time of ddPCR was only one day; in contrast, NGS required 15 working days. The results suggest that multiplex ddPCR would be an easier, faster and cheaper alternative to NGS to test for mutations in patients who failed to respond to TKI therapy.

ddPCR is therefore useful for monitoring patients with HCL and CML, particularly in cases when testing must identify low levels of the biomarkers to provide an early indication of whether or not a patient is responding to treatment.

Laboratory professionals can simultaneously remove phospholipids and proteins in a single, simple...

The core technology of Greiner Bio-One's magnetic 3D cell culture is the magnetisation of...