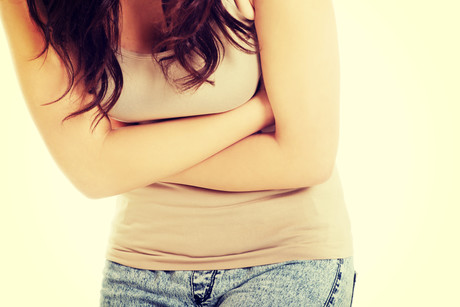 A major international study has revealed that the two most common female reproductive system diseases — uterine fibroids and endometriosis — have common genetic origins.

Uterine smooth muscle tumours, known as uterine leiomyomas or fibroids, are benign neoplasms causing pain and pressure, bleeding disorders and anaemia. 20–30% of women over the age of 30 years develop fibroids. Endometriosis, meanwhile, causes intense menstrual pain and reduces women’s fertility. It is estimated that 10% of all women suffer from endometriosis.

It was previously known that women with endometriosis had a higher risk of developing uterine fibroids. However, the common mechanism underlying these diseases was not known.

An international group of researchers known as the FibroGENE consortium, organised by researchers at Brigham and Women’s Hospital, Harvard Medical School, thoroughly investigated the whole genome of more than 35,000 women with fibroids and compared the results to those of 267,000 healthy women. The results of their study were published in the journal Nature Communications.

The research revealed eight novel genomic regions associated with uterine fibroids. These regions harbour well-known oncogenes and genes regulating cell growth. Furthermore, the study confirmed 21 genomic regions which had already been associated with fibroids in previous studies and most regions first reported by the FibroGENE consortium in a pre-publication.

Of the genes underlying uterine fibroids, four have been associated with endometriosis in previous studies. These four genes are linked to the development of women’s reproductive organs during the foetal period (WNT4), cell communication between oestrogenic and progesterone hormones (ESR1, GREB1) and stimulation of ovarian follicles (FSHB). Another interesting finding was that three of the novel genomic regions are associated with fibroids and heavy menstrual periods.

“These findings are interesting in consideration of further research because only one in four fibroid cases causes symptoms, namely heavy periods,” said Outi Uimari, a clinical lecturer from the University of Oulu, who was partially responsible for the clinical part of the study.

Furthermore, the researchers wanted to clarify the connection between fibroids and endometriosis in an extensive epidemiological study. Research material covering more than 400,000 women revealed that women with endometriosis had a two-fold risk of developing fibroids.

These findings confirm earlier hypotheses about a link between endometriosis and fibroids and provide much-needed information on the underlying mechanism of the diseases. Furthermore, understanding the mechanisms underlying fibroids makes it possible to develop targeted medications for the disease mechanism; fibroid treatment up until now has served mainly to alleviate symptoms.

“Even though fibroids occur frequently among women, no efficient medical treatment is available,” Uimari said. “The only essentially curative care available at the moment is a hysterectomy, which is a major, high-risk and expensive operation.”

The findings thus drive forward basic research in the field and may open up new opportunities for developing drug treatment as well.