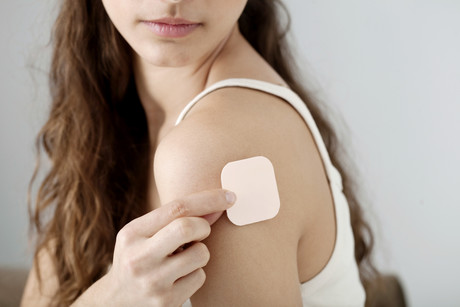 US scientists have developed a contraceptive patch with a novel effervescent backing that separates from an array of microneedles after one minute, leaving the needles to slowly biodegrade as they release the hormone levonorgestrel beneath the skin’s surface over the course of a month. Their work has been described in the journal Science Advances.

Currently available long-acting hormonal contraceptives can protect women from unplanned pregnancies for years, but they are invasive and must be administered by trained healthcare professionals.

“We developed this effervescent microneedle patch to increase access to long-acting contraception by enabling women to easily self-administer the drug without the need for a healthcare provider,” said study co-author Mark Prausnitz, from the Georgia Institute of Technology. The researchers designed the patch with contraceptive-releasing microneedles made from poly (lactic-co-glycolic) acid, a copolymer used in many pharmaceutical and medical products.

Tests in rats indicate that the microneedles deliver the necessary birth control dose for more than 30 days, suggesting a patch could provide a simple, discrete alternative to pills, subcutaneous implants and intrauterine devices (IUDs). In addition to demonstrating the efficacy of the patch in rats, the researchers found it could be easily and painlessly applied when its application was evaluated on 10 women of reproductive age.

The authors have not yet tested the patch’s efficacy as a contraceptive in humans.

Commenting on the research, Dr Alex Polyakov from The University of Melbourne noted that levonorgestrel has been used in various preparations for contraception for a number of years since the 1960s and has an excellent safety record and well-studied profile.

“[But] while levonorgestrel has a very good safety and effectiveness record, it has certain side effects that are also well recognised and which are likely to be unaffected by the new administration process,” Dr Polyakov said. “Two of the most bothersome side effects of levonorgestrel-containing long-term contraceptives are irregular bleeding and undesired psychological effects. These are not addressed by the paper.”

Dr Polyakov said the study can only be considered an initial step in developing a novel option to administer levonorgestrel for contraceptive purposes, given that the active patch was not administered to human participants and the pharmacological profile of the device may not to be completely translatable to humans. Should further research prove successful, he anticipates it would be between five and seven years before the patch is available to be used by the general public.