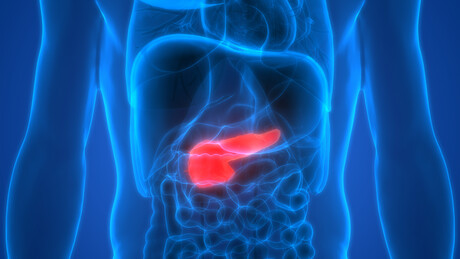 Canadian researchers have shown that about half of patient-derived pancreatic cancer cell lines are highly dependent on the protein peroxiredoxin 4 (PRDX4) as a result of the altered metabolic state of the cancer cell.

Writing in the journal Science Advances, the researchers said this ‘addiction’ is vital for the cancer cell’s survival — which also makes it a potential target against the cancer. And with the five-year survival rate for pancreatic cancer currently sitting at a low 8%, the need for new treatments cannot be overstated.

As explained by senior author Dr Marianne Koritzinsky, from the Princess Margaret Cancer Centre and the University of Toronto, it’s been known for decades that cancer cells acquire key changes in their metabolism to support their continuous need for building blocks from nutrients to divide and grow faster. This latest research reveals that the same metabolic deregulation that fuels cell growth can create novel vulnerabilities in cancer.

Taken together, this body of work reveals the potential of targeted therapies to exploit unique metabolic features of cancer cells that are far more specific than, for example, chemotherapy, which affects both cancer and normal cells.

For this research, Dr Koritzinsky teamed up with colleagues from the University of Toronto and the Princess Margaret Cancer Centre to mine large functional genomics datasets and validate findings in patient-derived tumour cells, including recent samples from cancer centre patients. Through this dataset mining, they were able to assess about 20,000 different proteins for a comprehensive picture of which ones are important in helping cancer cells survive. PRDX4 turned out to be key.

Based on these discoveries, Dr Koritzinsky would like to develop new drugs against PRDX4 that could be tested in preclinical models, and eventually translated to the clinic. She added that there may be other ways to take advantage of these new biological insights, including combining this targeted approach with other DNA damaging treatments such as radiotherapy, and establishing biomarkers that can identify the patients who will benefit from PRDX4 targeting.