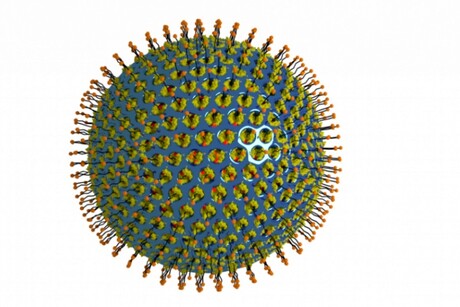 Researchers at Lund University have developed a promising lung cancer treatment that combines a novel surgical approach with smart nanoparticles that target lung tumours. The new method has been published in the journal Advanced Therapeutics.

Lung tumours are often difficult to remove using current surgical techniques due to their location in the lung or the fact that there are multiple tumours which are too small to observe. Tumours also develop natural barriers to prevalent drugs and immune cells from reaching the tumour cells.

“Therefore, patients often receive high doses of chemotherapeutics which are circulated through the entire body and lead to major side effects in other organs,” said Associate Professor Darcy Wagner, head of the Lund research group. “While a number of new experimental therapies have been developed for lung cancer and have shown promise in the lab, a major remaining challenge has been how to deliver the right drug specifically to these difficult-to-reach tumours.”

In order to overcome this challenge, the researchers developed a novel surgical technique that introduces nanoparticles into the blood vessels of the lung. The blood vessels around and in tumours are different to those in normal organs; the researchers used this difference to direct nanoparticles to the interior of large and dense solid lung tumours. The study was conducted in animal models, which have a full immune system and closely resemble the types of lung tumours that patients have.

“Using this technique, which we call ‘organ-restricted vascular delivery’ (ORVD), we were able to see lung cancer cells with the delivered nanoparticles inside of them — something which has not been achieved previously in these types of lung cancer animal models,” said Dr Deniz Bölükbas, lead author of the study. 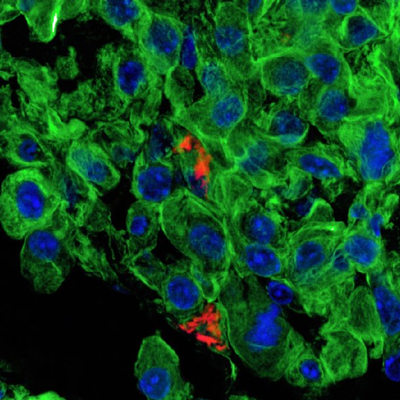 ORVD of nanoparticles puts a new twist on a decades-old technique called ‘isolated lung perfusion’, which involves direct administration of chemotherapeutic drugs into the blood vessels of the lungs. It has been demonstrated to be surgically safe in patients with lung tumours, but chemotherapeutics had negative side effects on the healthy tissue neighbouring the lung tumour.

The Lund team’s nanoparticles were meanwhile engineered to only release their drug content upon a specific cue which is present in the tumour area. This reduces the risk that the drugs contained within the nanoparticle will cause damage in healthy lung cells and could allow for higher amounts of toxic drugs to be used to increase the number of tumour cells killed, without causing unwanted side effects.

“While smart nanoparticles with unique features can be engineered in various ways, systemic administration of these agents into the bloodstream often results in uncontrolled spread of the particles, with only a few of them reaching the interior of solid tumours,” Assoc Prof Wagner said.

Dr Bölükbas added, “Direct administration of these nanoparticles into the blood vessels of the lungs allowed us to restrict the accumulation of these particles only in the lungs, which eventually led to successful and selective tumour targeting.”

The next step, according to the study authors, is to validate the therapeutic potential of the new approach to deliver specific chemotherapeutics and to explore its feasibility in large animal models.