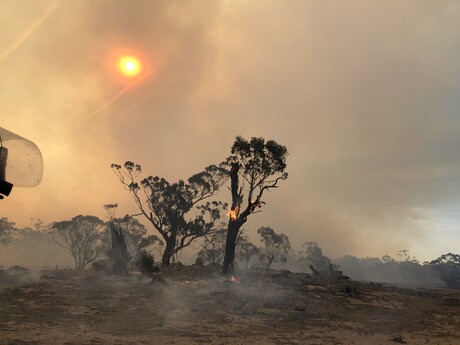 CSIRO has welcomed the Australian Government’s announcement of a national disaster research centre — set to focus on natural hazards and disaster risk reduction — and will work with the current Bushfire and Natural Hazards Cooperative Research Centre (BNHCRC), the Australasian Fire and Emergency Services Authorities Council and government departments to help establish the new centre.

“The summer of 2019–20 was defined by consecutive natural events including bushfires, floods, drought and heat extremes which have touched every Australian,” Dr Marshall said.

“Climate change means the frequency and severity of these events will be a factor into the foreseeable future.

“While much has already been done and achieved by all levels of government, response agencies and the community to increase Australia’s resilience, there is more that science can deliver to predict and protect against disasters — we must deliver for Australia.”

CSIRO has been leading research to understand and predict bushfire behaviour and spread since the 1950s. According to Dr Marshall, “Increasing climate variability and hazard exposure means we need to consider a truly national response”, with the new national disaster research centre representing “an important step forward”.

“The establishment of the new centre will bring together world-leading science and technology capability, together with Australia’s frontline responders, to help our nation prepare for and confidently deal with what lies ahead,” he said.